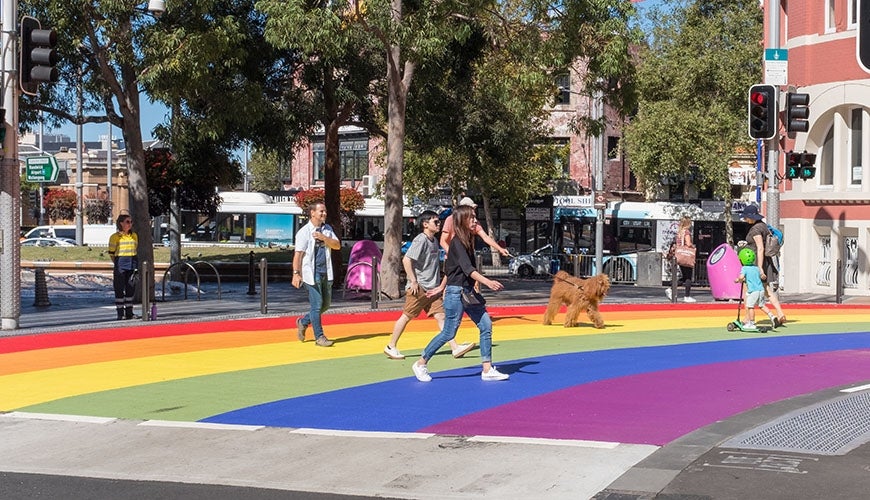 The Australian Human Rights Commission today marks IDAHOBIT, the International Day against Homophobia, Biphobia, Interphobia and Transphobia as a chance to champion inclusion for the LGBTI community.

Human Rights Commissioner Edward Santow said the day is an opportunity to recognise the progress made in protecting the human rights of LGBTI people, and committing to the work that’s still to be done.

On IDAHOBIT, countries around the world raise awareness about the discrimination, violence and harassment experienced by members of the LGBTI community.

“We rightly celebrate significant progress over the last few decades in the protection and promotion of human rights of LBGTI people but there is still so much more to do,” Commissioner Santow said.

“IDAHOBIT is fundamentally about acknowledging and combating the stigmatisation that has caused incalculable pain and suffering to LGBTI people here and abroad. This stigmatisation has been the product of laws, policies and attitudes that all combine to cause harm.

“We have gradually removed discriminatory laws from our statute books. We have started to address the long-term impact of criminal laws that made homosexual activity an offence, through a series of formal apologies from state and territory governments. And for 18 months now, we’ve had marriage equality.

“We should celebrate that we have made huge progress, but the challenge of a day like today is to re-double our efforts. We know a disproportionate number of the LGBTI community experience poorer mental health outcomes and a higher suicide risk than their peers, and that this is connected to ongoing inequality.”

IDAHOBIT was launched in 2004 and the day chosen because on May 17, 1990 the World Health Assembly of the World Health Organisation approved the International Statistical Classification of Diseases and Related Health Problems, which no longer listed homosexuality as a diagnosis.

Currently the Commission is undertaking a major project on the human rights issues of intersex people in the context of medical interventions.

“That is why it is so important to hear the voices of LGBTI people and the demonstration of the critical role sport plays in creating welcoming spaces and empowering experiences.”