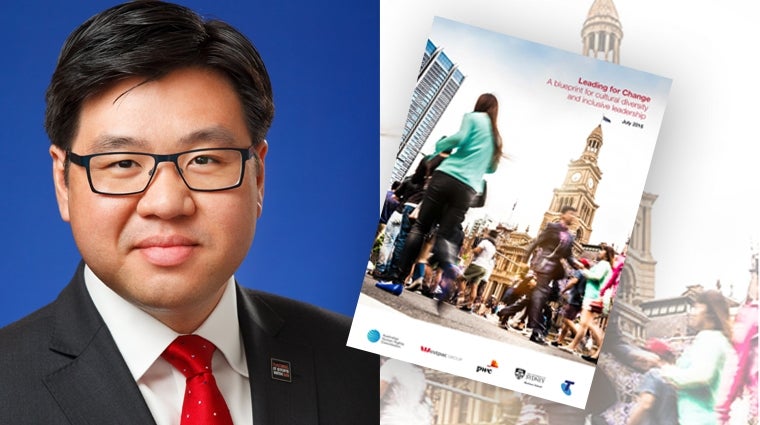 A landmark study of leadership in business, politics, government and civil society has revealed an overwhelming Anglo-Celtic dominance that belies the cultural diversity of Australian society.

“Across business, politics, government and civil society, no more than 5 per cent of leadership positions are held by people from non-European cultural backgrounds. This begs some questions about unconscious bias and institutional barriers to equal opportunity.”

In Sydney on 29 July, Dr Soutphommasane and Westpac CEO Brian Hartzer will launch a blueprint for change, challenging organisations to reconsider their cultural defaults on leadership.

Dr Soutphommasane developed Leading for Change: A blueprint for cultural diversity and inclusive leadership in partnership with the University of Sydney Business School, Westpac, PwC Australia and Telstra.

The blueprint is the first of its kind, investigating the cultural composition of leadership within the ASX200, Federal Parliament, the Australian public service, state and territory public services and universities.

"While an estimated 32 per cent of the general Australian population have a background other than Anglo-Celtic, this was nowhere proportionately represented among leaders.

"In corporate Australia, the ranks of senior leaders remain overwhelmingly dominated by those of Anglo-Celtic and European background.

"None of the 201 chief executives has an Indigenous background," Dr Soutphommasane said.

"In the Australian public service, diversity is also dramatically under-represented.

"Of the 124 heads of federal and state departments, only two have a non‑European background and one has an Indigenous background.

"Among our universities, all of the 40 university vice-chancellors either have an Anglo-Celtic background or a European background.

"There is not one vice-chancellor who has either an Indigenous or non-European background."

The blueprint recommends strategies such as stronger leadership, better data collection, the use of diversity targets, and improved training and professional development to increase cultural diversity at senior levels.

“There’s room for improvement on cultural diversity and leadership. Leading for Change provides a blueprint for how organisations can make that change,” Dr Soutphommasane said.