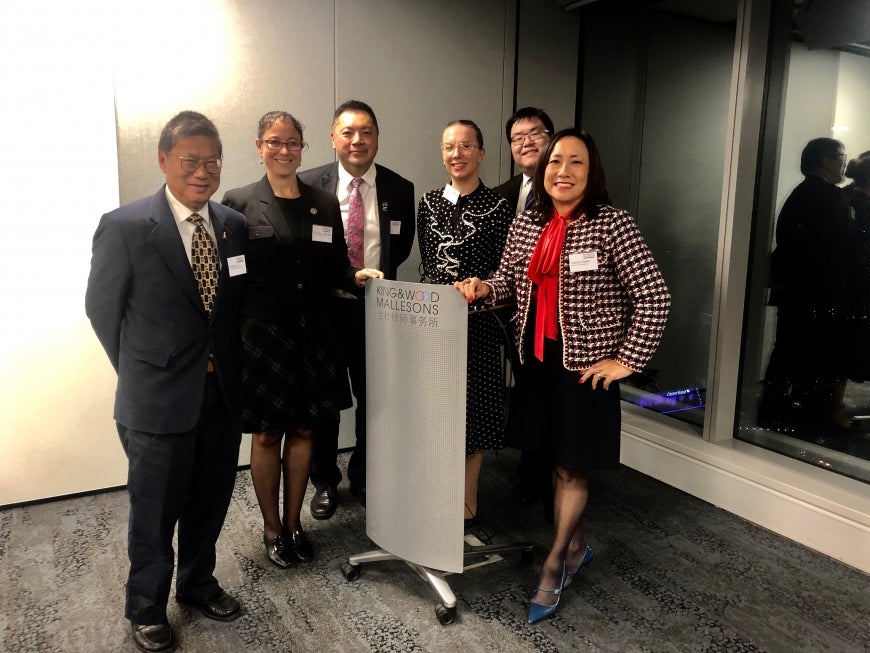 William Lee was the first Chinese Australian barrister to be admitted to the NSW Bar in 1938.

Speaking at the event, hosted by the Asian Australian Lawyers Association, Commissioner Chin Tan said there is a gross under representation of Asian Australians in the legal system.

“Research shows that under representation impacts not only the individual, but in areas such as justice, it also has a community and systemic impact.

“A diverse workforce enables new and different ways of thinking and attracts and retains a broader talent pool. This increases the depth of cultural understanding allowing for a more thoughtful and tailored approach to the provision of legal services and the administration of the legal system.

“More culturally diverse barristers and judges would demonstrate to culturally and linguistically diverse communities that they are recognised, valued and represented in the justice system, said Commissioner Tan.

Commissioner Tan said to break-through the Bamboo Ceiling, we need to consider the barriers in the way of Asian-Australians entering leadership roles.

He said it also requires a commitment by the legal community to recognise the value of diversity.