The case for Australia’s ‘transgender awakening’ 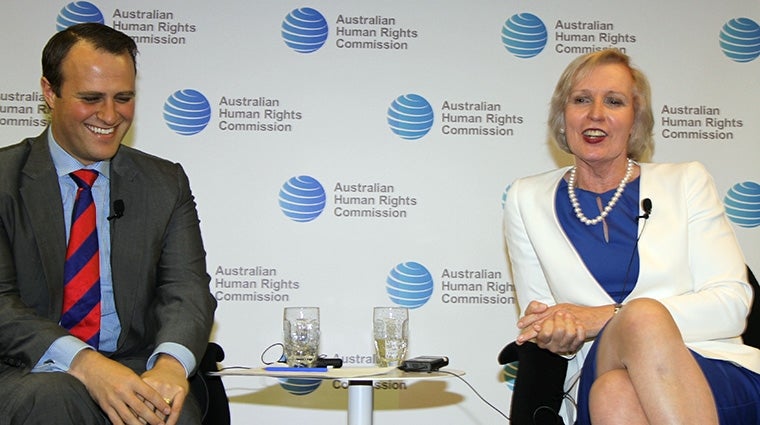 Australians have reversed thousands of years of historical, cultural and social misunderstandings about homosexuality, and are doing  the same about transgender Australians, says Human Rights Commissioner Tim Wilson.

In a speech delivered in Perth in honour of transgender activist Isabelle Lake, Commissioner Wilson said the task before us all is to ensure the experience of the next generation of transgender Australians is better than those before.

“But the lingering and most extensive discrimination is faced by transgender Australians,” the Commissioner said.

Commissioner Wilson, whose responsibilities at the Human Rights Commission includes the Sexual Orientation, Gender Identity and Intersex (SOGII) portfolio, said he intends to lead a national and coordinated strategy to  encourage Australians from all walks of life to recognise their common bonds and shared humanity.

“To commence this work I announced last year that we would conduct a national consultation to look at the legal and non-legal challenges faced in the SOGII portfolio.

“As part of this process we held a series of public and targeted meetings to collect evidence and garner insights into the lived experience of Australians.

“Throughout our consultations we met ordinary people doing incredible work.

“At the Alice Springs Women’s Refuge we met transgender and intersex women who were working to end domestic and physical violence in Alice and surrounding Aboriginal communities. They were only armed with courage and reason in the hope that they may bridge the divide between ignorance and understanding.

“In South Australia and Queensland we met with clinical practitioners working to assist trans-Australians navigate the hormonal path from gender assignment to affirmation.

“Many transgender Australians live lives of success where they achieve their dreams for themselves and their loved ones. But as we know that isn’t true of everyone, and, at least at key stages of their life, it is not easy.”

Commissioner Wilson said legal reform is important but the work involved in building a culture of respect for transgender Australians is “much more vague, organic and harder to achieve.”

He noted that over the past 30 years, Australians have reversed thousands of years of historical, cultural and social understandings around homosexuality, and said the challenge is to now do the same for transgender people.

The Commissioner said social welfare systems, aged care and health systems could be better calibrated to respect trans-Australians, and workplaces could develop better policies and practices to ensure trans-Australians are able to participate fully.

Ms Lake transitioned shortly before she died from leukemia. She was a passionate advocate for the rights and freedoms of LGBTI people.

Photo: Commissioner Wilson with Cate McGregor, at a 2014 RightsTalk on transgender issues.