Close the Gap advises against changes to the Racial Discrimination Act 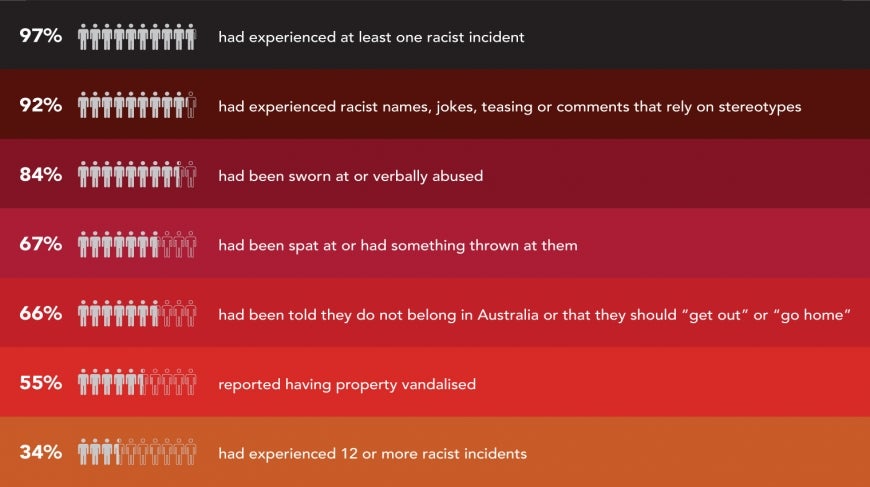 The Close the Gap Campaign Steering Committee has recommended the Federal Government not proceed with proposed changes to the Racial Discrimination Act (RDA).

“We know that racism makes us sick and we know that legislative protections play a key role in shaping acceptable social norms.

“One recent study from Victoria revealed that 97 per cent of participants had experienced racism in the past 12 months. Eighty-four per cent of the participants had been sworn at or verbally abused and 67 per cent had been spat at or had something thrown at them,” said Ms Parker, who also co-chairs the National Congress of Australia’s First Peoples.

“If we are to close the unacceptable health and life expectancy gap between Aboriginal and Torres Strait Islander people and other Australians, racism must be addressed. The RDA in its current form has a critical role to play,” she said.

"The evidence speaks for itself and the proposed changes should not go ahead," he said.

“Before making any changes to the RDA, the Federal Government should explicitly consider the evidence on the impact of racism on Aboriginal and Torres Strait Islander people. It must ensure that any proposed change does not have a negative health impact,” Commissioner Gooda said.

The submission details the significant evidence that links Aboriginal and Torres Strait Islander people’s experience of racism with negative impacts on health.

The Close the Gap Campaign has advised the Attorney-General that strong anti-racism measures, including protections of the type currently included in the RDA, are required to combat interpersonal and systemic racism.

The Close the Gap Campaign is Australia’s biggest public movement for health equality.  It is a coalition of Australia’s leading Aboriginal and Torres Strait Islander and non-Indigenous health and human rights organisations. At this year’s National Close the GapDay approximately 150,000 people participated in 1,298 events across the country showing their support for closing the gap.

Close the Gap Campaign members are: