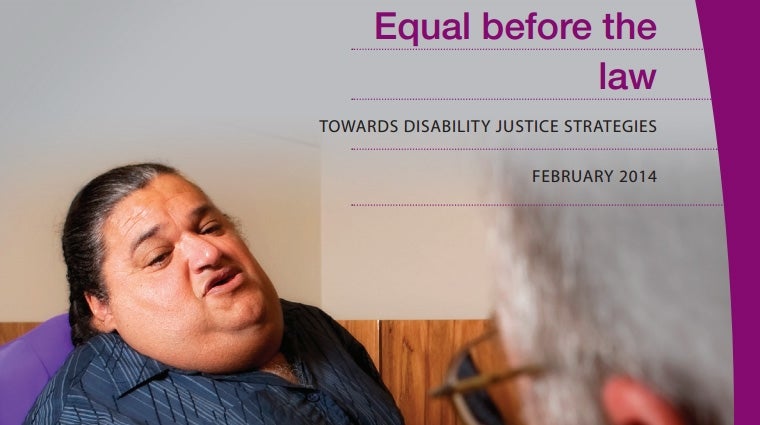 The Australian Human Rights Commission will today report on its inquiry into the treatment of people with disabilities in the criminal justice system. It finds that such people are not equally treated.

The Commission found that equality before the law is a wide-spread problem for people with disabilities, and in some cases, the injustice experienced has been severe.

“I am very concerned that at least 20-30 people with disabilities are detained in gaols because they were found unfit to plead. Denying people appropriate accommodation, and the support needed to return to the community, is nothing short of a breach of human rights,” said Disability Discrimination Commissioner Innes.

Commissioner Innes is calling on all states and territories, as well as the Commonwealth, to introduce an holistic, over-arching disability justice strategy which would improve the lives of people with disabilities and save the community money through diversion and support.

“It is a basic human right for all Australians to be able to access the criminal justice system equally, but as I have discovered, dignity, respect, safety and support are all too often missing when people with disabilities are trying to access justice,” he said.

The report will be distributed to Attorneys General and can be found here http://www.humanrights.gov.au/publications/equal-law