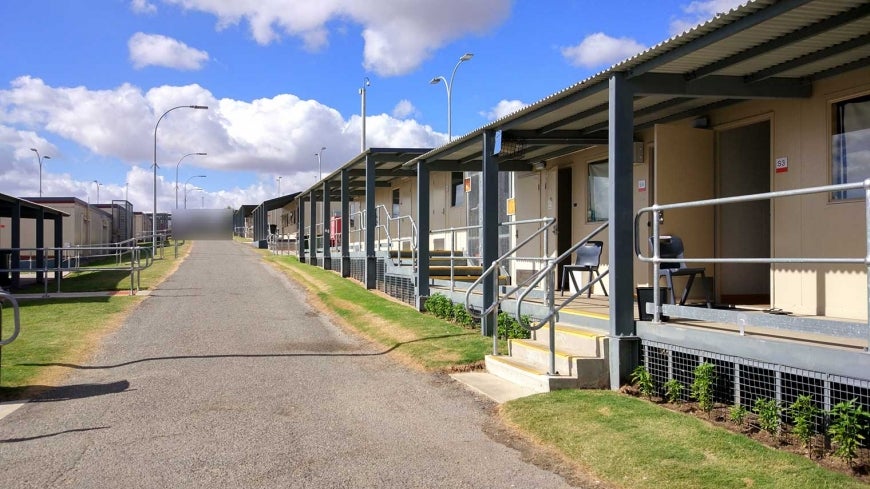 The inspections revealed significant differences in conditions and the treatment of people in detention between the two facilities.

The Commission observed the extensive refurbishment of the Villawood detention facility has significantly improved conditions in most accommodation compounds, when the facility was inspected in April.

In Villawood’s high-security Blaxland compound, however, the Commission remains concerned that conditions do not meet the standards required by international human rights law.

The Commission also identified a range of issues and concerns relating to risk-management processes at the Villawood facility.

In particular, the Commission was deeply concerned about the level of violence reported by people detained at the Villawood facility and recommended that urgent action was necessary to ensure the safety of all people at the facility.

Many of the people interviewed by the Commission at Villawood reported they had been mechanically restrained when being escorted outside the facility, such as when attending medical appointments or court hearings. The Commission is concerned that the use of restraints may have been disproportionate in some cases.

At the Yongah Hill facility, by contrast, the Commission welcomed the efforts of staff to limit the use of restraints during escort. The Commission considers that these efforts offer useful lessons for the broader detention network.

The Commission also noted that facilities at Yongah Hill, especially those for activities and outdoor exercise, are generally of a good standard, when it inspected the facility in May.

However, people detained at Yongah Hill have fewer opportunities to access computers and the internet than those detained in other facilities; and the relatively remote location of the facility can also have a negative impact on people’s ability to receive visits and access certain services.

In both reports, the Commission has continued to document concerns about the negative impacts of detention on mental health, especially on people detained for prolonged periods.

The process for transferring people between detention facilities; restrictions on mobile phone use; and the limitations of the Department’s case management process, were also documented as ongoing concerns.

“The average time a person spends in Australian immigration detention is still more than 400 days, which is unacceptable and inconsistent with the right to health,” Commissioner Santow said. “This must be addressed as a matter of urgency.”

“These reports document some practices that do meet international law requirements towards people in immigration detention,” Commissioner Santow said.

“While this is heartening, these practices are not yet being applied consistently across the detention network.

“The Commission calls on the Australian Government to ensure that basic human rights protections are applied universally across all Australian immigration detention facilities.”

The Commission acknowledges the assistance received for its inspections of detention facilities from the Department of Immigration and Border Protection, the Australian Border Force and from detention service providers.

The Department of Immigration and Border Protection has responded to the Commission’s recommendations. These responses are published alongside the Commission reports.

Commissioner Santow said, given the variation in human rights compliance observed between facilities, the Commission intends to undertake a detailed cross analysis of all Australian immigration detention facilities in 2018.

Read the reports and the Department’s responses here