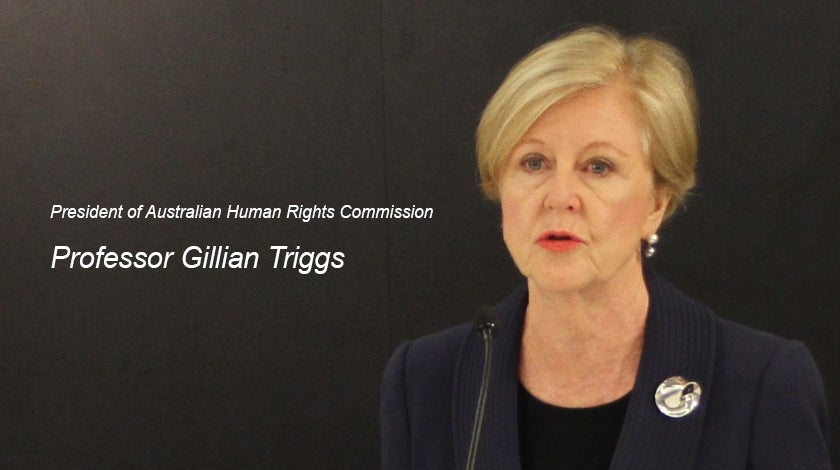 The Australian Human Rights Commission today repeats its call for the Federal Government to end the detention of asylum seekers on Nauru and for them to be returned to Australia for processing.

The call comes after the announcement that the Nauru regional processing centre will be open 24 hours a day.

Commission President, Professor Gillian Triggs, said while the AHRC is not opposed to offshore processing that is consistent with human rights standards, Nauru is not a safe or appropriate place to process or resettle refugees.

“Our concern is that this decision does not address the key human rights concerns that refugees will still be detained in tents, with minimal privacy, in extreme heat, and in conditions that the United Nations High Commissioner for Refugees has described as harsh and below international standards,” said Professor Triggs.

Professor Triggs cited reports from the Moss Review and a recent Senate Inquiry that heard consistent evidence of rape, sexual assault and harassment of refugees in the camp. The Commission is not satisfied that these problems will solved by opening the facility.

“The town centre is more than an hour’s walk away in extreme heat, so we need to question how practical this sense of freedom will be for them. Also, the Commission has heard from some detainees that they feel safer inside the camp than in the community,” she said.

The Commission asks the Australian Government if it will consider open detention centre arrangements in Australia. There are 2,028 people (including 104 children) in immigration detention facilities in Australia, many of whom have been detained for years on end.