Commission to send seven Australians with disability to the UN 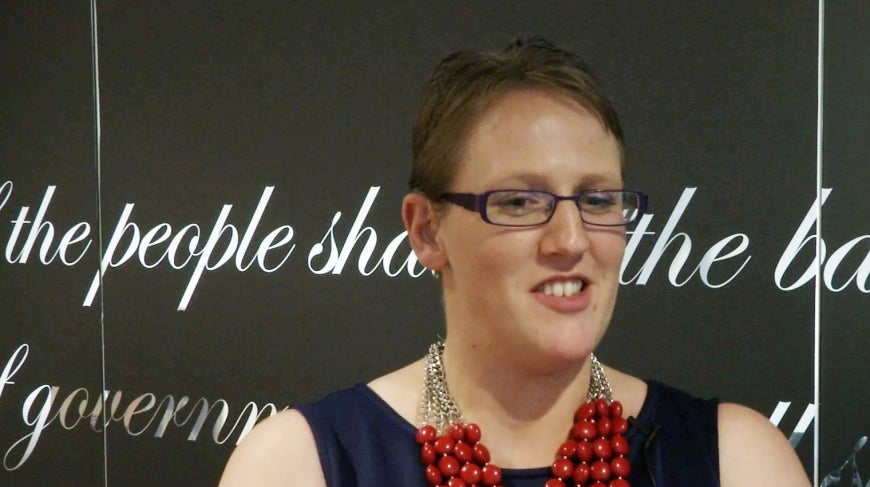 The Australian Human Rights Commission is proud to announce it is sending a delegation of young people with disabilities to the Conference of States Parties (COSP) in New York, 10 - 12 June 2014.

The Commission received funding for this event from a program administered on behalf of the government. The program provides funding for representatives of disability peak and advocacy organisations to participate in overseas conferences related to the Convention on the Rights of Persons with Disabilities (the DisCo).

“More than 30 talented young Australians applied for one of seven positions to be part of the delegation. Competition was fierce, but I believe we have chosen the most experienced and enthusiastic delegates and I am very much looking forward to seeing how they will use this experience to enhance disability advocacy in the future,” said Commissioner Innes.

The COSP meeting is for countries who have ratified the DisCo, and gives delegates the chance to discuss progress on implementation. The young Australians will be included in the NGO delegation.

The delegation will be led by Ms Rosemary Kayess, Chairperson, Australian Centre for Disability Law (ACDL), and Ms Therese Sands, Co-Executive Director, People with Disability Australia (PWDA) who participated, along with the Australian Human Rights Commission, in the Australian appearance before UN Committee on the Rights of Persons with Disabilities in Geneva last year.

“It’s important that we tap into the remarkable young talent in this country and invest in their future as leaders in the disability sector” said Commissioner Innes.

The Commission would like acknowledge the generous support of the following organisations:

The Commission would also like to acknowledge the invaluable contributions of People with Disability Australia and the Australian Centre for Disability Law.