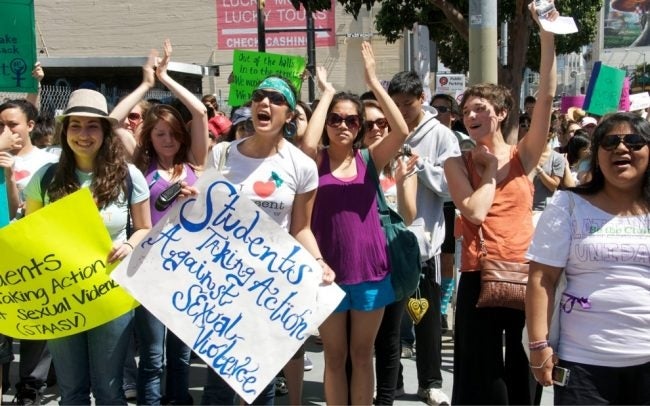 The Australian Human Rights Commission welcomes the commitment from all 39 Australian universities to release the data they receive on rates of sexual assault and sexual harassment at their institutions.

This data will be provided to universities as part of the Commission’s project on sexual assault and harassment, which is examining prevalence rates of this behaviour across all Australia universities as well as universities’ responses to specific incidents.

The project marks an important milestone in confronting the issues of sexual assault and harassment at universities.

It builds on the Commission’s extensive experience leading projects of this kind, including the review of the treatment of women in the Australian Defence Force and conducting national workplace sexual harassment surveys for the past 12 years.

The decision to launch this project came after extensive work to raise awareness of these issues by students and advocates, including the National Union of Students, End Rape On Campus, Hunting Ground Australia and the Human Rights Centre at the University of New South Wales.

The Commission will publicly release a report on our findings on the prevalence of sexual assault and harassment across all Australian universities, as well as recommendations of areas for action and reform, by mid-year.

This report is based on statistical data collected from students who completed the survey and de-identified extracts of personal accounts provided in submissions.

The Commission sought and received ethics approval for the national survey from the Human Research Ethics Committee at the University of New South Wales.

As is standard practice for the Commission and other government bodies, we provided the opportunity for the public to make submissions. Guided by advice from 1800RESPECT and Rape and Domestic Violence Services Australia, we ensured that our processes met best practice standards for survivors of sexual assault and harassment.

The Commission has responded to valuable feedback from students throughout the project. We recognise that we must strive to meet the highest ethical standards.

We are bound by our strict obligations to conduct our work ethically and protect personal information (under the Australian Human Rights Commission Act 1986, the Public Governance, Performance and Accountability Act 2013, the Public Service Act 1999 and the Privacy Act 1988) and are subject to regularly parliamentary scrutiny through Senate Estimates and other committee processes.

In particular, we will ensure that we safeguard the confidentiality of all those who have made submissions by de-identifying case studies and quotes included in the national report.

In addition to the national report, universities have asked the Commission to provide them with data about the prevalence of sexual assault and harassment at their institutions.

All universities have committed to release this data publicly. The Commission takes this commitment in good faith as an indication of their commitment to drive change within their universities.

We are confident in the integrity of our work and are unwavering in our commitment to working with students and universities to achieve positive change to prevent sexual assault and sexual harassment.