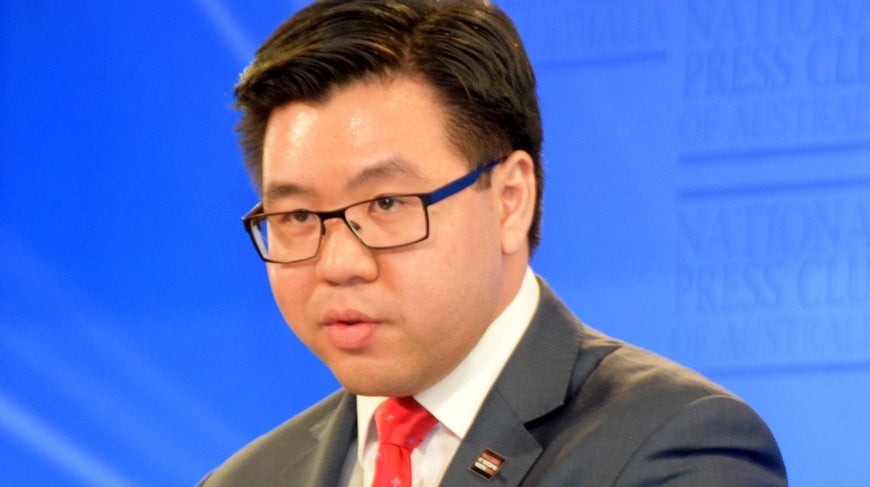 Race Discrimination Commissioner Dr Tim Soutphommasane has warned of emerging threats to social cohesion and "serious concerns" about a "deterioration of community harmony".

The comments were made in his address to the National Press Club in Canberra today.

"I hold serious concerns about a deterioration of community harmony - a deterioration that warrants close attention from government and leaders," Commissioner Soutphommasane said.

"Anxieties about the threat of Islamist extremism have fed a rise in the harassment of Muslim and Arab Australians, many of whom feel under constant suspicion and constant pressure to demonstrate their national loyalty.

"There has been a marked increase in reports of anti-Semitism, part of the global resurgence in anti-Jewish feeling. There are signs of rising anti-Chinese sentiment, increasingly expressed in the realm of heated property markets in Sydney and Melbourne. Organised racist movements, having been in retreat, appear to be revitalised."

The Commissioner also announced the second phase of the National Anti-Racism Strategy and the Racism. It Stops With Me campaign following the release of an evaluation and future directions report.

"We have identified two themes that will define our work: supporting diversity and inclusion, and combating prejudice and discrimination," Commissioner Soutphommsane said.

"In supporting diversity and inclusion, the Strategy will work closely with those in corporate Australia who are embracing cultural diversity.

"This afternoon, I welcome Westpac as a new supporter to the Racism. It Stops with Me campaign."

Commissioner Soutphommasane also announced the involvement of Twitter and a renewed partnership with NRL.

"We will be helping the NRL to develop its policies on social inclusion and cultural diversity," Commissioner Soutphommasane said.

"In media, we are working with Twitter to continue our work in combating prejudice online - to empower people to counter hate speech and prevent it from gaining a new digital foothold."

The National Anti-Racism Strategy and the Racism. It Stops With Me campaign aim to promote understanding in the community about what racism is and how it can be prevented. Over the past three years, more than 360 organisations have pledged support for the campaign.

In a survey of campaign supporters, 84 per cent of respondents said the campaign had a positive impact. They reported that the campaign helped start conversations, sent clear messages, provided leadership and empowered action.

The evaluation report is available at http://itstopswithme.humanrights.gov.au/campaign/evaluation

The Commissioner's National Press Club Address is available at http://www.humanrights.gov.au/news/speeches/race-relations-how-much-have-we-learned