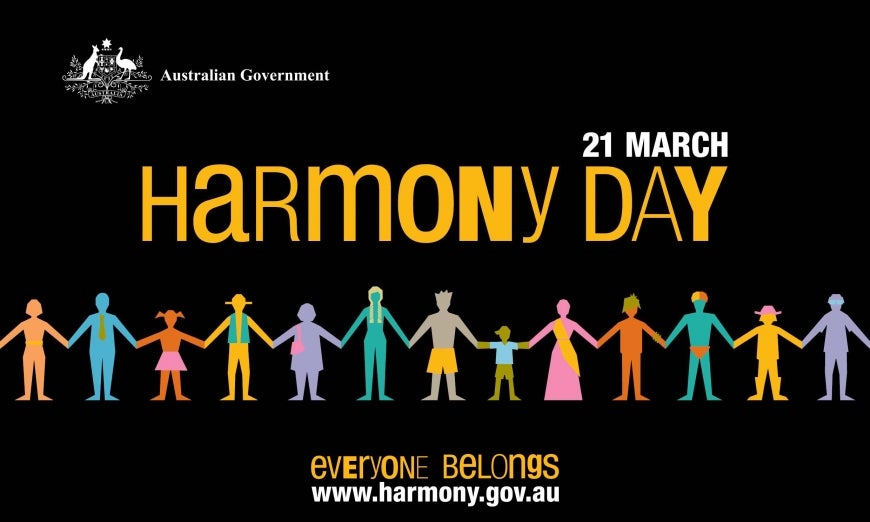 For Australia’s Race Discrimination Commissioner, Harmony Day on 21 March is an opportunity to take a stand against racism wherever we encounter it.

“Although the majority of Australians welcome multiculturalism and reject racism, there’s still work to do,” Dr Soutphommasane said.

“One in five Australians say they have experienced race-hate talk such as verbal abuse or racial slurs, and more than one in 20 people say they have been physically attacked because of their race.

"Racism takes many forms. It can be the result of ignorance as well as hatred. Racism doesn’t always need to be violent or overt, either. Sometimes it can be subtle and insidious, delivered as ‘just a joke’.

“Let's recognise that racism is as much about impact as it is about intent,” Dr Soutphommasane said.

“One of the most powerful things we can do to counter racism is to take a stand against it, wherever it occurs.”

Dr Soutphommasane said if we see or hear racism, we can offer our support to the person experiencing it.

“We can also report the incident, and we can start a conversation with the people involved. It’s not always easy, but it’s powerful.”

Dr Soutphommasane said more information about how to take a stand against racism is available on the Racism. It stops with Me website.

Since 2012, more than 390 organisations across Australia have supported the Racism. It Stops With Me campaign.

Other recent supporters include the Commonwealth Bank of Australia, Essendon Football Club, Charles Sturt University, and the Australian Psychological Society.