Indigenous health funding not enough to Close the Gap 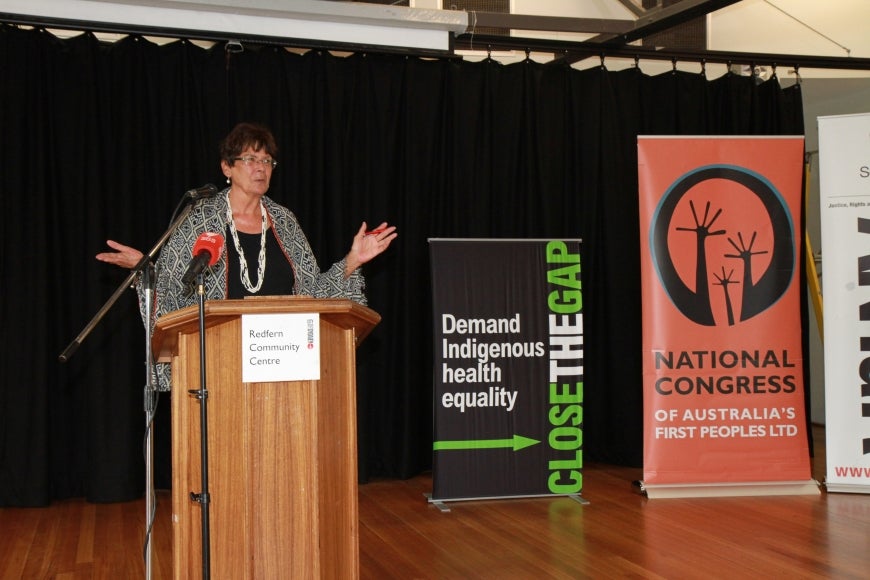 “We need to train and support more Indigenous health practitioners, doctors and nurses; and it is essential that we put the social determinants of health at the centre of this debate.”

Dr Huggins, who is also Co-Chair of the National Congress of Australia’s First Peoples, said she would like to see disability, incarceration and justice measurements added to the Close the Gap targets.

“Indigenous people have a life expectancy of at least 10 years less than their non-Indigenous peers.

“A nation as wealthy as ours should fund the critical health care of less than 3 per cent of its entire population,” Ms Turner said.

"The Commonwealth must work in full partnership with the state and territory governments to address all Aboriginal health needs. We especially need to agree on a national strategy to address the social and cultural determinants of health.

“Every child under four must have ready access to early childhood education; every family should be able to live in decent social housing which is not over-crowded; and every working age person should be able to be gainfully employed.

“These are immediate priorities because the social determinants of health account for more than 30% of the burden of disease that affects our people. There is no other sector of Australian society that would tolerate the conditions our people live in and the lack of opportunity we have to improve these conditions."

The Indigenous Health budget for the next financial year is $881 million, compared to $798 million allocated this financial year. The $83 million increase is primarily attributed to population increase and indexation.

Dr Huggins and Ms Turner said the Government’s decision to restore indexation of the Medicare Benefits Scheme is a good outcome. They said this was a priority for the Close the Gap Campaign after Parliament introduced the freeze on Medicare benefits in 2013-14.

The Government had previously announced a $40 million investment over four years to strengthen the evaluation of Indigenous Affairs programs. Improved reporting, monitoring and evaluation of contracts, programs and outcomes is expected to underpin this.

The Federal Health Minister, Greg Hunt, has released statements about the Medicare Guarantee Fund and other budget commitments on health.

The Minister for Indigenous Affairs, Nigel Scullion, has released statements about investment in Indigenous research and evaluation and the Indigenous business sector strategy.