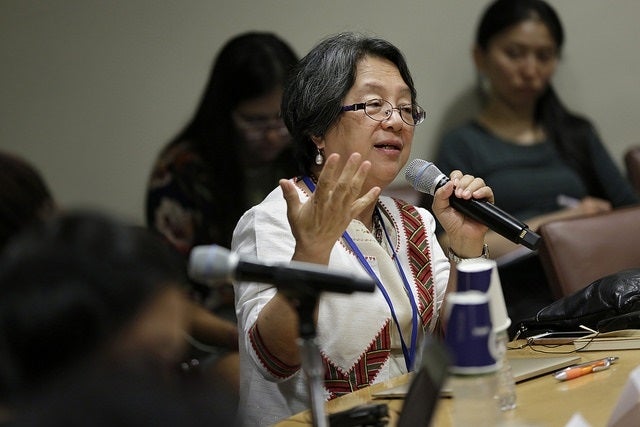 The Close the Gap Campaign urges Australian governments to act on the recommendations of the United Nations Special Rapporteur on the Rights of Indigenous Peoples.

Special Rapporteur, Ms Victoria Tauli-Corpuz, said it is “woefully inadequate” that, after more than two decades of sustained economic growth, governments have failed to improve the health of Aboriginal and Torres Strait Islander peoples.

The co-chairs of the Close the Gap Campaign, Social Justice Commissioner June Oscar and National Congress of Australia’s First Peoples Co-Chair, Mr Rod Little, call on Federal, State and Territory governments to make Indigenous health reform a top priority at the next COAG meeting and in their 2018 Budgets.

Ms Tauli- Corpuz said the “compounded effect” of government policy has “contributed to the failure to deliver on the targets in the areas of health, education and employment in the Closing the Gap strategy and has contributed to aggravating the escalating incarceration and child removal rates of Aboriginal and Torres Strait Islanders”.

“It is woefully inadequate that, despite having enjoyed over two decades of economic growth, Australia has not been able to improve the social disadvantage of its Indigenous population. The existing measures are clearly insufficient as evidenced by the lack of progress in achieving the Close the Gap targets,” she added.

Ms Tauli- Corpuz said “institutional racism” in the health system contributed to the poor outcomes for Indigenous people, and she urged government to back Aboriginal and Torres Strait Islander managed medical services. She said these were “indispensable for improving health indicators and overcoming disadvantage”.

The Special Rapporteur report released this week follows Ms Tauli-Corpuz’s visit to Australia earlier this year. The report expresses alarm at the rates of incarceration for Aboriginal and Torres Strait Islander people and the “punitive” treatment of children in detention.

Ms Tauli- Corpuz was highly critical of the Government’s Indigenous Advancement Strategy, which had “been bureaucratic and rigid and has wasted considerable resources on administration”.

UN Special Rapporteur on violence against women, Ms Dubravka Šimonovic, also expressed concern after her visit to Australia this year.

The Close the Gap Campaign urges all governments to prioritise Aboriginal and Torres Strait Islander health with long-term and sustainable commitments that address the endemic challenges to health equality.

Read more about the Close the Gap Campaign and get involved.