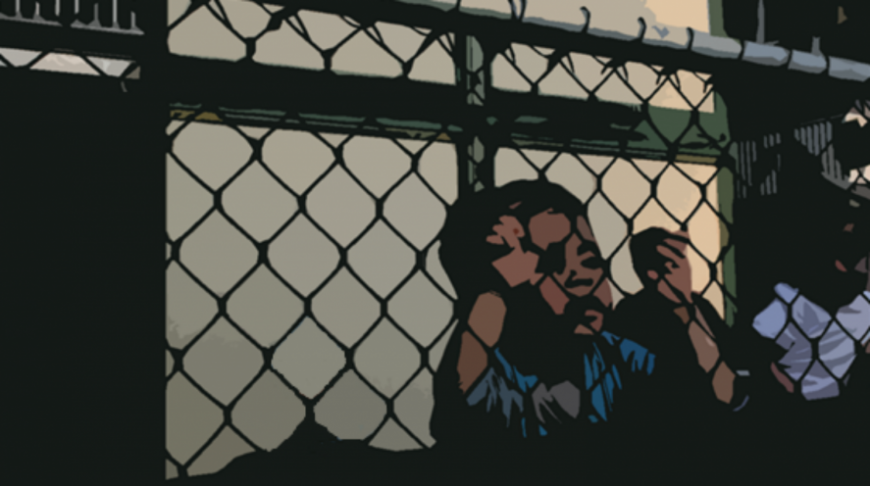 The Australian Human Rights Commission has made its first visit to children in immigration detention as part of its national Inquiry to see how detention impacts on them.

Commission President, Professor Gillian Triggs recently returned from Christmas Island where she found most of the 315 children who were there at the time, had been in detention for six to eight months.

Most of the children were visibly distressed. They told the team “this place is hell”, “help me get out of here” and “there’s no school, nowhere to play and nothing to do.” The children also spoke about their distress at living in closed environment with adults who were sad, angry and self-harming.

Dr Zwi and Dr Mares noted that the conditions of detention are taking their toll on the development of children. They recorded instances of children biting themselves, and others, and banging their heads.

Dr Zwi reported: “If a parent is depressed, anxious, has any health condition that impacts on their capacity to care for their child, or the environment is frightening (as would be the case when witnessing self-harm), then that child’s development is often impacted. This was evident in several of the children we saw, with developmental delay (usually delayed speaking), and regression such as bedwetting.”

Australia has obligations under international human rights law to detain children only as a measure of last resort and to ensure children are protected from harm.

“These asylum seekers are in limbo and many are feeling the stress of uncertainty. They have been detained for long periods by anyone’s measure and they don’t know when they will go to Nauru or PNG for assessment of their refugee status and potential resettlement there,” said Professor Triggs.

It is understood the families and children detained on Christmas Island will eventually be transferred to a third country for processing and resettlement. One teenager told the inquiry team: “Manus Island is now a very dangerous place. Will I will be safe there?”

The visit to Christmas Island was the first undertaken by the Commission in its National Inquiry into Children in Immigration Detention which is calling for submissions. More information can be found here -
http://www.humanrights.gov.au/children-immigration-detention