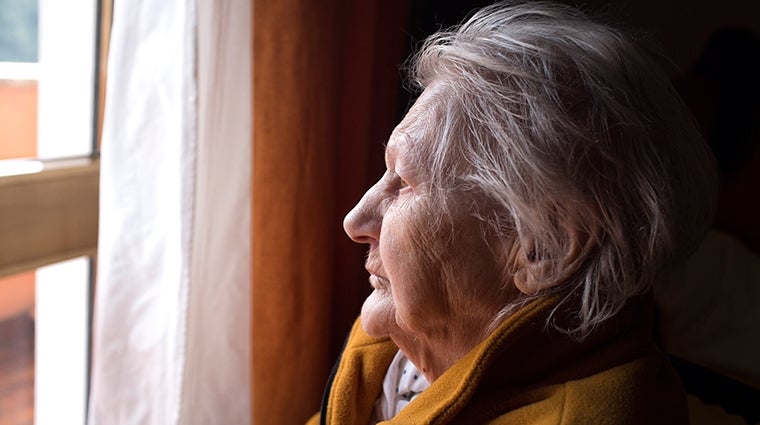 An opinion article by Age Discrimination Commissioner Dr Kay Patterson, as published in The Australian.

People react with disbelief when I recount examples of elder abuse that I have heard during my consultations.

For example, at one community legal centre I was told about a son moving in to help his father renovate. The son sold the house, delivered his emaciated father to his sister in just the clothes in which he stood, and drove off with the money.

Or the bank teller who was concerned when a regular customer came in with her son, asking to withdraw $50,000. When the manager asked if she really wanted to withdraw the money, she said her son had told her she wouldn’t see the grandchildren again if she didn’t.

Elder abuse is a dark and often hidden scourge. The victim could be your parent, grandparent, co-worker or neighbour, the older person who comes into the shop, clinic or bank. The abuse of our elders is a serious human rights issue.

Based on today’s estimates from the Australian Institute of Family Studies, it is likely that between 2 per cent and 10 per cent of older Australians experience such abuse in any given year. ­Financial abuse appears to be the most common form.

It can be easy to associate the mistreatment of the elderly with other forms of abuse such as family violence and sexual assault, as it is largely hidden and under­reported. Perpetrators are also commonly close family members and women are more likely to be victims than men.

But unlike other forms of abuse, elder abuse is often committed by the victim’s son or daughter. This can present an added dimension of trauma for the victim and make the option of “moving on” from harmful relationships unthinkable.

It also has the potential to see serious divisions within a family. Older victims may have reservations about seeking help or taking action, fearing they might upset delicate family dynamics, with the unintended consequence of severing connections with their children and grandchildren.

In a study by the National Ageing Research Institute, victims reported experiencing a range of complex emotions when confronted with abuse by their adult children. These included feelings of self-blame, shame, sadness, fear and ambivalence.

While many victims wanted to be free from abuse and gain recompense for financial losses, they also expressed concern for the perpetrator and wanted them to receive appropriate drug, gambling, alcohol, mental health or other treatments and supports.

“If you’d heard him you would say no boy could ever speak to his mother like that. Oh, the language. (That) I was stupid, I had a hole in my head and I was nuts.”

“I was a nervous wreck … The longer I was living there (in the same state), the sicker I was getting ...”

“You’ve got no choice. You can’t just say, ‘You’re a bad son’, and you couldn’t shut him off. You can’t. Because you still worry about him.”

No one-size-fits-all approach will fit the bill. The diversity of older Australians and their particular life-stage needs and priorities call for a range of inter­ventions tailored to address this complex issue.

The risk and incidence of elder abuse will become more critical as the baby boomer generation ages and home ownership for younger generations decreases, placing more pressure on transfer of wealth within families.

There are already signs of increasing demand for elder abuse services. Figures from Advocare’s National Elder Abuse Annual Report show the number of calls to elder abuse hotlines across Australia more than doubled within a year, increasing from 3159 in 2013-2014 to 6515 in 2014-2015.

An Australian Institute of Family Studies report on elder abuse notes the commonwealth, state and territory government as well as non-government and private structures in the areas of ageing are “greater and far more complex” than those in family violence and child protection.

Despite positive steps taken by state and territory governments and non-government groups to address and raise awareness about elder abuse, the issues are not simple and need a concerted effort to find solutions to reduce the risk of older people being victims of inexcusable abuse.

Last year, the federal Attorney-General commissioned the Australian Law Reform Commission to conduct an inquiry into elder abuse and report by this May. In June last year, the ALRC sought first-round submissions to its issues paper on elder abuse, which covered a number of topics including powers of attorney, family agreements, wills, social security, aged care and banking.

The ALRC has since released a discussion paper setting out proposed recommendations for reform. These proposals include expanding the power of public advocates and public guardians to investigate reasonable suspicions of abuse, establishing an online register for enduring documents and reviewing guidelines for legal practitioners around the preparation and execution of wills.

The paper also addresses the role of banks, Centrelink and other service providers in preventing abuse and provides recommendations for strengthening reporting requirements and other safeguards in aged-care settings.

I encourage anyone with an interest in shaping the changes necessary to alleviate this terrible blight on our society to make a submission to the ALRC by the end of the month.

The abuse and exploitation of our seniors is a human rights ­violation and it has no place in Australia.