Kinship carers: This struggle is real 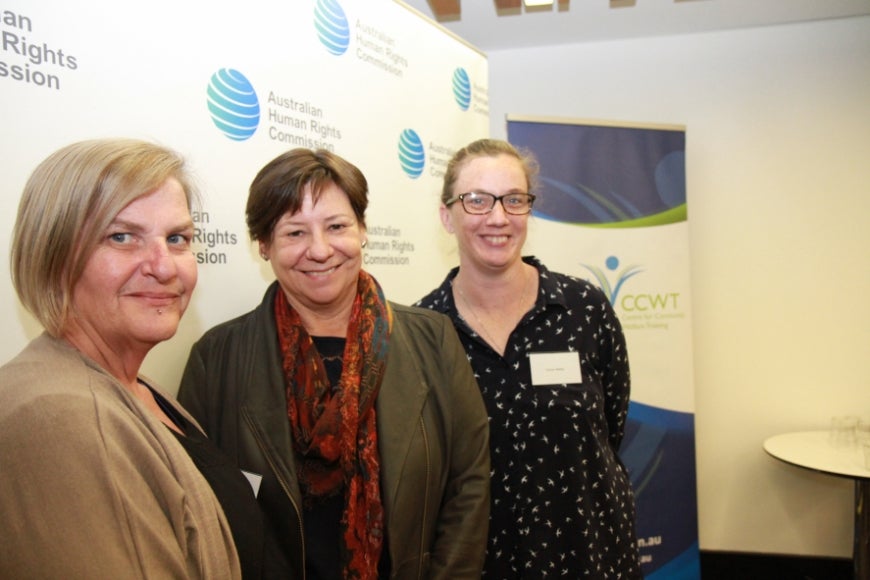 Kinship carers have today shared their personal experiences at the national Kinship Care Forum in Sydney.

The Forum, hosted at the Australian Human Rights Commission with the Association of Children’s Welfare Agencies (ACWA), looked at ways kinship carers can be better supported and how best to help children in their care.

Caryn Batty was 25 years-old and a new mum when she first took on kinship caring responsibilities. She spoke of the gruelling physical, social, emotional and financial hurdles that have become part of everyday life.

“It was pretty full on. I had a baby in my care suffering from withdrawals. She had to be syringe-fed…she would cry and shake all night,” said Caryn.

She has 6 children in her care, most aren’t her own. Two of them have ongoing chronic health complication.

“And I didn’t know that I would be the sole person trying to arrange contact between four carers, 7 kids.. just to maintain sibling connection."

While Caryn found unexpected rewards in her parenting role, she says there is simply not enough practical resources available to help the unique setting of kinship care.

She told the Forum that transport for such a large family was a huge challenge in itself.

“I struggled to keep up with my university studies. I struggled being a mum and a carer,” said Caryn.

Even getting health records so that she could take them to doctors was a huge hurdles.

“Only parents could access their immunisation records,” said Caryn.

“Services are often geared towards grandparents and I was only in my twenties so I didn’t fit in to that mould.”

Karen Dawson-Sinclair works in early childhood and the social services sector. She is also a kinship carer.

Appearing today at the forum, she revealed how even she struggle with accessing services and support despite her experience and knowledge of the child protection sector.

“I just didn’t know my way through this…how to navigate the complexities of the issues we were facing,” said Karen.

“There are so many grandparents with stories like mine… I’m asking Australia to consider our plight as informal carers. How do we fit in to the system? We need help,” she said.

The National Children’s Commissioner Megan Mitchell spoke of the growing need to develop better frameworks for both formal and informal kinship carers.

Ms Mitchell said today’s Forum was largely borne out of the findings and recommendations of the Royal Commission into the Protection and Detention of Children in the Northern Territory.

“The Royal Commission concluded that for children who are unable to live with their parents kinship care placements are preferred wherever possible,” she said.

The experts at the Forum came up with a range of recommendations to help careers overcome the immense challenges they face, including;