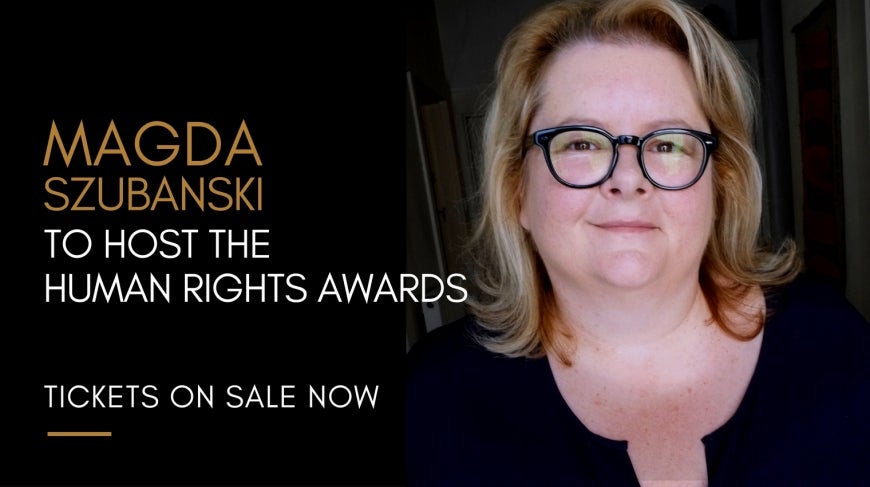 Hold on to your hats – one of Australia’s most beloved actors and stage performers, Magda Szubanski, will be hosting this year’s Australian Human Rights Awards on 9 December!

An author, producer, television presenter and much more, Magda is best known for her roles in Happy Feet and the Academy Award and Golden Globe winning film Babe; as well as for playing Sharon Strzelecki on Kath and Kim, widely acknowledged as the most successful comedy in Australian television history.

As well as winning our hearts on screen, Magda is a passionate and high profile advocate and campaigner for LGBTI+ rights and marriage equality. Her openness and transparency about the personal challenges she has faced as an openly gay woman has made Magda a role model for the Australian community.

We have an inspiring programme lined up which is sure to make this year’s Awards, which also marks the 30th anniversary of the Australian Human Rights Commission, an unforgettable event.

Commission President Professor Gillian Triggs will give a short address to open the Awards ceremony.

Aboriginal singer and songwriter Archie Roach will be performing at the Awards. He is a multi-award winning artist who has won several ARIAs and the Commission’s songwriting Award in 1990 for ‘Took the Children Away’.

Join us at the 2016 Human Rights Awards on Friday 9 December from 12 to 3pm at the Westin Hotel Sydney.

Tickets are on sale now and include 2-course lunch and beverages.