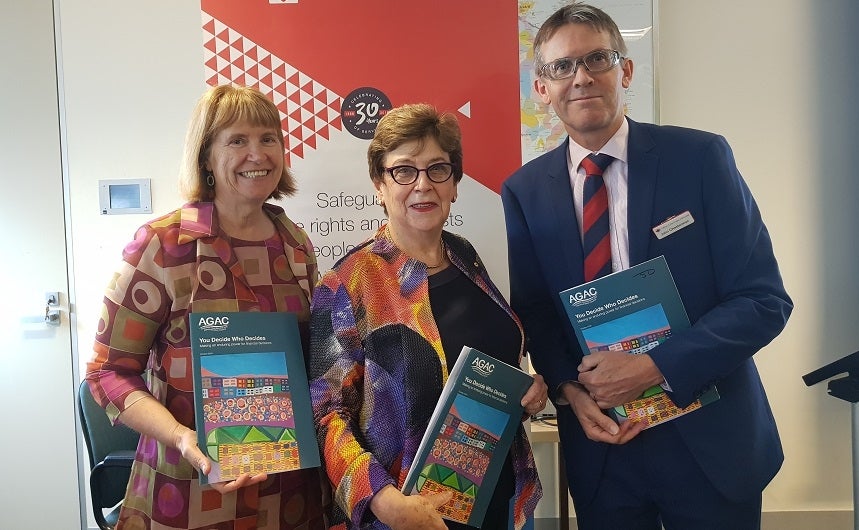 You Decide Who Decides, funded by the Australian government, sponsored by the Australian Guardianship and Administration Council and developed by the Victorian Public Advocate, is a national resource which identifies differences between the law across the country.

“This guide identifies the differences between the enduring power of attorney laws in all the states and territories and should assist people in preparing their enduring documents”, said Dr Patterson.

“If the laws were uniform, it would mean that family members living in, say, Queensland, could organise their powers of attorney for family living in another state confident that the law would be the same in each jurisdiction.

“This guide is a great tool but hopefully will be out of date when the States and Territories harmonise Powers of Attorney across Australian jurisdictions – the sooner the better,” she said.

The guide also helps people decide whether making an enduring power for financial matters is right for them. It contains useful tips, personal stories and examples of wording that can be used to ensure wishes are properly expressed if the person decides to donate a power.

Information about where to find the form in different states and territories and a list of other useful websites is included at the back. Limited numbers of the hard-copy version can be obtained from the offices of the Public Advocate or Guardian in each state or territory.
It can also be downloaded from agac.org.au