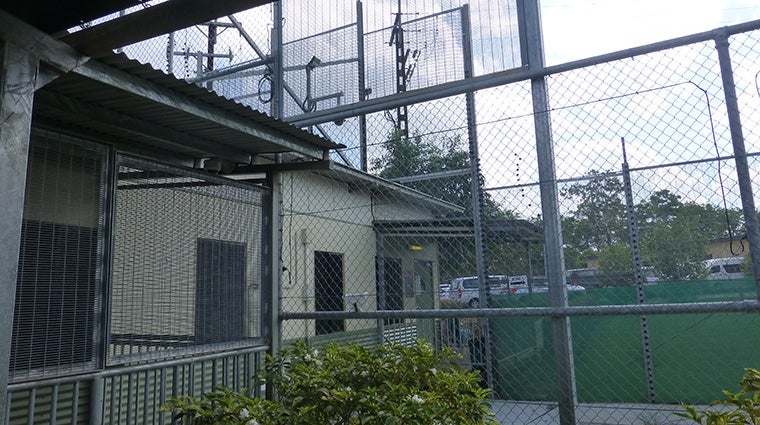 A medical team led by the Australian Human Rights Commission has uncovered concerning evidence about the mental and physical health of children held at the Wickham Point detention facility in Darwin. The Commission is very concerned that these are the children the Government intends to return to Nauru.

Of the children over eight years old who had previously lived on Nauru, 95% were assessed using the Childhood Trauma Screening Questionnaire as being in the ‘clinical’ range, signifying a risk of Post-Traumatic Stress Disorder.

All of the children screened using the Parent Evaluation of Development scale were in the top two score categories for development risk, higher than any published results for this screening tool anywhere in the world.  A report detailing these findings was provided to the Department of Immigration and Minister for Immigration in November 2015.

The doctors interviewed and assessed the children using internationally recognised tools appropriate for their ages.

“These children, most of whom had spent months in Nauru, are among the most traumatised we have ever seen in our 50 years of combined professional experience,” said Professor Elliott.

“We were deeply disturbed by the numbers of young children who expressed intent to self-harm and talked openly about suicide and by those who had already self-harmed,” said Dr Gunasekera.

Professor Elliott and Dr Gunasekera recommended that under no circumstances should any child detained on the mainland be sent to Nauru.

“Many of the children had palpable anticipatory trauma at mention of return to Nauru,” said Professor Elliott. “Nauru is a totally inappropriate place for asylum seeking children to live, either in the detention centre or in the community.”

“The only appropriate management of this situation is to remove the children from the environment which is causing or exacerbating their mental ill-health,” said Dr Gunasekera.

The Commission warns that moving the children and their families back to Nauru could place Australia at risk of breaching its international obligations to ensure people are not subject to cruel, inhuman or degrading treatment.

“Given the risk of harm to these children and their need for ongoing medical care, we strongly urge the Government not to return them to Nauru,” said Professor Gillian Triggs, President of the Australian Human Rights Commission.