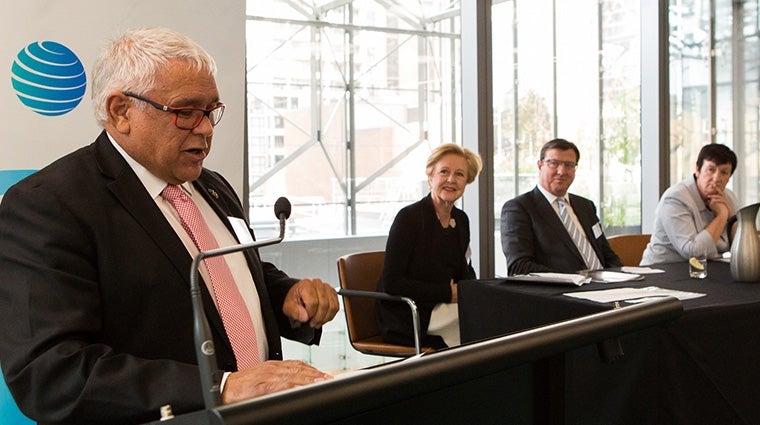 A new guide for employers wanting to boost their recruitment of Aboriginal and Torres Strait Islander people is an “intensely practical” response to business needs and to Indigenous disadvantage.

Professor Triggs described the publication of Targeted recruitment of Aboriginal and Torres Strait Islander people – A guideline for employers as an intensely practical solution to a challenge experienced by Indigenous people and by Business Council of Australia (BCA) members.

BCA chief executive Jennifer Westacott, who helped launch the guide at law firm Ashurst, said the BCA approached the Human Rights Commission after being told by its members that uncertainty about anti-discrimination laws was a challenge when looking at targeted recruitment.

“Employers were getting mixed messages about the exemption process, making it difficult to use their mainstream recruitment to target Indigenous recruits,” Ms Westacott said.

“One member wanted to be able to prioritise online applications for roles from Indigenous candidates - but feared the risks of being challenged for discriminatory conduct.

“Employment remains the top priority for most of our members in this area. And the truth is, it’s an ongoing challenge,” Ms Westacott said, noting that Indigenous employment has not increased since 2008, despite the dedicated recruitment strategies of business, governments and others.

“But commitment to creating opportunities is one thing, it’s equally important to have an enabling recruitment environment.

“This guide, endorsed by all state and territory discrimination authorities, helps create that environment. This means employers are better positioned to help close the employment gap between Aboriginal and Torres Strait Islander peoples and non-Indigenous Australians,” Ms Westacott said.

Targeted recruitment of Aboriginal and Torres Strait Islander people – A guideline for employers was developed by the AHRC and the Business Council of Australia (BCA).