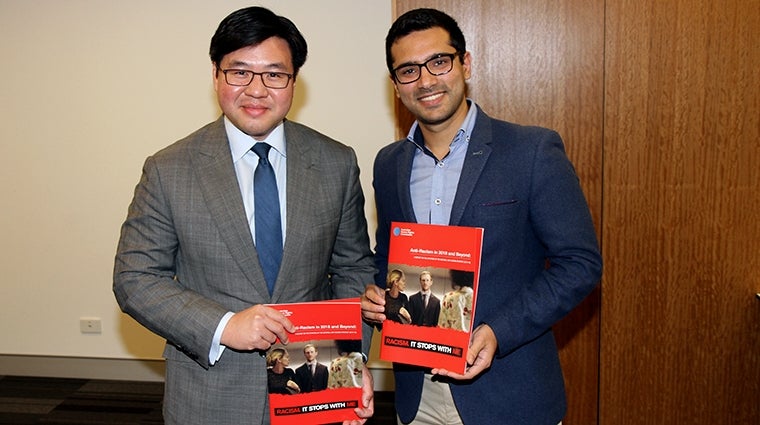 The outgoing Race Discrimination Commissioner, Dr Tim Soutphommasane, has today called for urgent action on measures to reduce racism at the  launch of his final report before stepping down this week.

The Report, Anti-Racism in 2018 and Beyond, is part of the National Anti-Racism Strategy – a partnership-based strategy -  which was launched in 2012. Today’s report reveals the increasing need for strong anti-racism policies and leadership, given the rise of anti-immigration and far-right populism.

“Since 2015, race has dominated headlines and driven public debates in a way that many would not have anticipated when the National Anti-Racism Strategy was last evaluated,” said Dr Soutphommasane.

“Anti-racism efforts must give voice to the individuals and communities who experience it. Racial prejudice and discrimination have profound silencing effects on those who are their targets,” he said.

The Report looks at the multiple causes of racism and the need for organisations, communities and individuals to not only identify racism, but call it out and build strategies that change behaviours.

Dr Soutphommasane says each and every one of us can make a difference.

“The causes of racism are multiple. It can be caused not just by ignorance but also by arrogance; it can be caused by malice as well as by lazy assumptions.

“While is some cases, the causes lay in attitudes and behaviour, in others, they lay within systems and institutions,” said the Commissioner.