Partnership on mature age employment gets to work 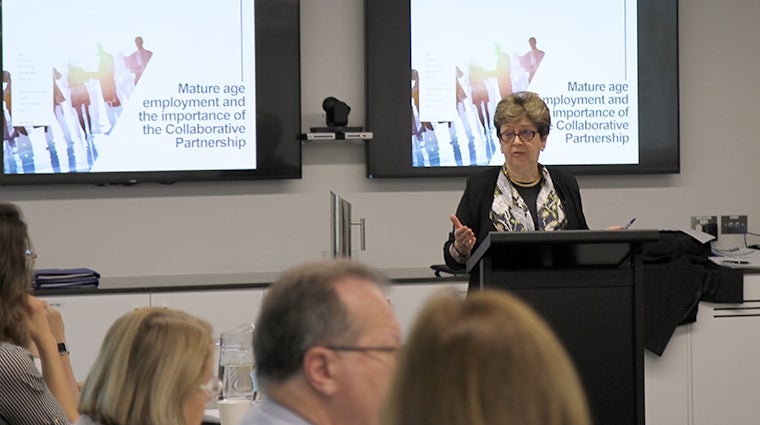 The Collaborative Partnership met for the first time on August 24, bringing together the Department of Jobs and Small Business with the Age Discrimination Commissioner and experts from across sectors including business peak bodies.

It was a recommendation of the Australian Human Rights Commission’s Willing to Work Report in 2016 and announced in the Australian Government’s 2018 Budget as part of the More Choices for a Longer Life package.

“The right to work is a fundamental human right but one that far too many older people in Australia do not enjoy,” Dr Patterson said. “I hope the Collaborative Partnership will be a part of changing that situation.”

As well as developing practical strategies to reduce workplace age discrimination, the Collaborative Partnership’s aims include improving the workforce participation of mature age Australians and encouraging employers to create workplaces that are more mature-friendly.

People aged 55 years and over make up roughly a quarter of the population but only 16 per cent of the total workforce.

While mature-age people have a lower unemployment rate than younger people, they tend to have greater difficulty finding subsequent employment when they do become unemployed, taking up to twice as long to find work than younger cohorts.

“I am looking forward to working with both industry and the public service to increase the participation of older Australians in the workforce,” Dr Patterson said.

“Working for longer benefits individual Australians and their families, as it brings greater financial stability, better physical and mental health, social connections and the opportunity to contribute skills.

“It is also good for our economy. Deloitte Access Economics estimates a 3 per cent increase in participation by the over 55s would generate a $33 billion annual boost to the national economy.”