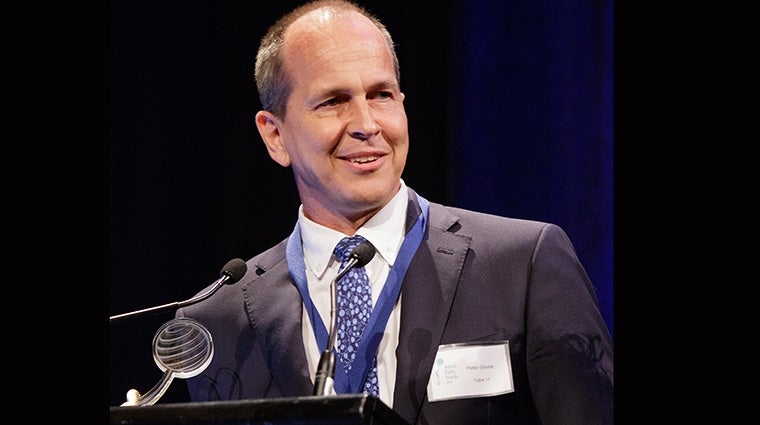 A record-breaking crowd of more than 500 people attended the annual awards, hosted by the Australian Human Rights Commission at the Westin Hotel in Sydney to mark International Human Rights Day.

Craig Reucassel from The Chaser emceed the celebrations, and Professor Triggs delivered a keynote speech on the future of human rights in Australia.

In presenting the Human Rights Medal, Professor Triggs described Mr Greste as a humble and inspiring individual who fought for freedom and justice.

“Journalists must be free to report news and criticise governments without fear of punishment,” Professor Triggs said.

“After his release from prison in Egypt, where he was imprisoned for allegedly spreading false news, Mr Greste campaigned tirelessly for the release of his colleagues, and campaigned for freedom of speech as a cornerstone of democratic societies.”

“These outstanding Australians have come from different walks of life but they share a commitment to freedom, justice and equality,” Professor Triggs said.

“We honour all of our 2015 Human Rights Awards winners for their commitment to protecting and advancing human rights in Australia.

“We also acknowledge and thank all of the people and organisations who nominated for this year’s awards and who attended the presentation today,” Professor Triggs said.

“We received an unprecedented 329 nominations for the 2015 Human Rights Awards and I congratulate the more than 500 people who came today to join these celebrations. These are record numbers, and they highlight the wide-ranging support for human rights that exists at all levels of the community.”