Racism. It Stops With Me Award. Nominate today! 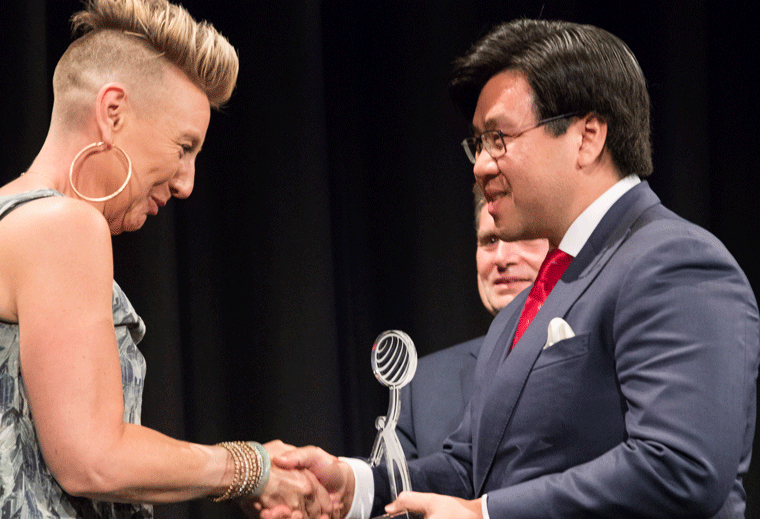 The ‘Racism. It Stops With Me’ award recognises organisations and individuals that have made an extraordinary contribution to reducing or preventing racism in Australia.

“We must continue to counter racism wherever it arises in our society,” said Race Discrimination Commissioner Dr Tim Soutphommasane. “We are proud to recognise some of the countless people across the country who are working in their communities, schools, clubs and workplaces to combat racial discrimination.”

The 'Racism. It Stops With Me' award was won last year by the Cohealth Arts Generator Sisters and Brothers Program, which tackles racism in Victoria using a school leadership and vocational program that engages students in different art forms. The program is focused on commonality and empathy through discussions around diversity, race-based discrimination and its harms. By encouraging bystanders to take action when they witness racism, students also learn to build confidence and resilience.

The nine Awards categories are:

Details and nomination forms are online at http://hrawards.humanrights.gov.au