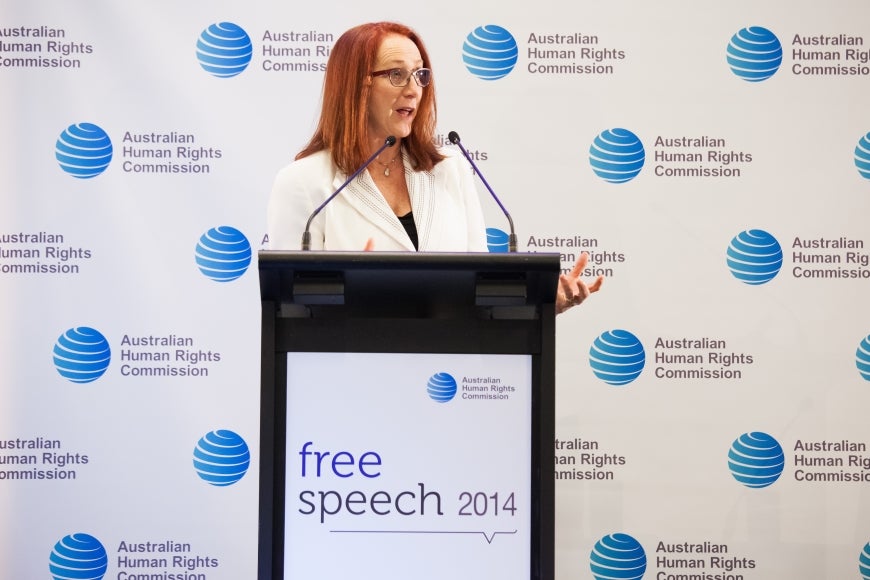 Australia’s Human Rights Commissioner Tim Wilson has released a collection of presentations from the Free Speech 2014 symposium held in Sydney earlier this year.

The Free Speech 2014 Symposium Papers Report sets out the merits and limitations of restricting and enhancing free speech.

“Free Speech 2014 reframed the discussion about free speech as a human right, by exploring the benefits of free speech to our society and economy,” Commissioner Wilson said.

“The symposium brought together speakers from academia, business, government and civil society. We were privileged to hear from so many high calibre presenters.

“Any pathway for reform must be an inclusive, secure agreement about the free speech restrictions that exist and recognise legitimate concerns about reform.

“These are the lessons we should learn from debate around attempts to reform the Racial Discrimination Act. People are rightly concerned about racial harassment, which is not the same as the free expression of an opinion,” Commissioner Wilson said.

More than 160 people attended the event and more than 1000 people participated via the captioned live stream.

Commissioner Wilson thanks the AIMIA Digital Policy Group, the Attorney-General’s Department, the Law Council of Australia and Sky News for supporting the conference.

Note: The papers within the report represent the views of the individual speakers, not the Australian Human Rights Commission.