Solidarity and unity after the Christchurch attack 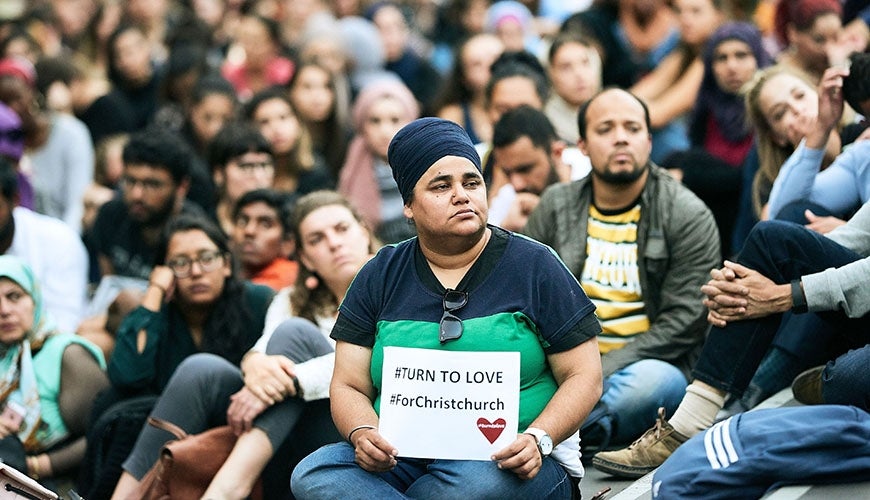 The Race Discrimination Commissioner Chin Tan has joined thousands at a vigil in Melbourne for the victims of the New Zealand terror attack.

Commissioner Tan offered his condolences and deepest sympathies to the victims and their families.

“We stand in unity, solidarity and in grief with the Muslim and wider community in this very difficult and painful moment.

“I have been moved by the incredible strength, resilience and grace of the Muslim community at this tragic time.

“There is nothing wrong with shedding a tear. There is a sacredness in tears. They are a message to us about overwhelming grief but also about unspeakable love,” Commissioner Tan said.

Commissioner Tan said we must draw the line against racial and religious bigotry, prejudice and hatred.

“We must all be vigilant against the resurgence of far-right and extremist activity and against threats to our multicultural harmony.

“We must question our role and responsibility to combat this and we must resolutely counter and oppose the messages of prejudices and hate.

“We must seek to defeat the intent, design and manifestation of any emboldened racial supremacy movement and agitation; the language and messaging of which has, from time to time, spilled over even into mainstream public and political debates.

“There is wide appreciation that there is a clear link between hate speech and hate violence.

“We must seek to ensure that our politics and media are not the nurseries and progenitors of prejudice, division and intolerance. Otherwise, we grant licence to those who seek to incite violence and hate”.

Commissioner Tan said the comments by Senator, Fraser Anning have been deeply unsettling and hurtful for Muslims and non-Muslims alike.

“I share the reactions of our Prime Minister and the Leader of the Opposition when they said that the comments made by the Senator were disgusting and deserve the contempt and condemnation of decent people everywhere. And that these views have no place in Australia and in the Australian Parliament.

“There is no place for prejudice, discrimination, intimidation, hatred and violence in our society

“It is my role and responsibility to combat discrimination, and also to bring our community together in the spirit of friendship, tolerance, acceptance and mutual respect.

“I am optimistic and encouraged about the commitment of the vast majority of Australians to our multicultural future and in rejecting racism, bigotry and division.

“Our shared task and responsibility is to unite our community as a society that is culturally diverse, open, accepting, socially cohesive and inclusive and one that values equity, equality, fairness and equal justice and opportunities for all Australians,” Commissioner Tan said.

Working together for greater harmony