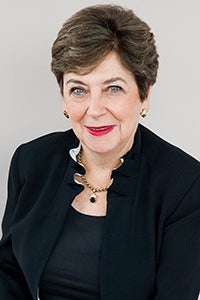 You are all well aware that Australia’s population is ageing.  Australians are living longer, healthier and more years free of disability.

We also know that, despite negative rhetoric around ‘ageing tsunamis’ and the ‘unsustainable burden’ older people will place on our economy, public health, welfare systems and younger generations, many older Australians are intending to work longer than ever before and many, if they are not working, make an incredible contribution through volunteering.

Australian Human Rights Commission’s Willing to Work national inquiry report into workplace discrimination against older people, published last year, confirms that many older Australians are willing to work but are prevented from participating in the workforce because of age discrimination and other barriers.

Yet we continue to exclude mature workers from our labour force. This is a terrible waste of skills, energy and enthusiasm. It is also costing our economy. We must do more to change this situation.

- Government: I believe government has a role to play as a model employer for older people. We must continue in our advocacy to federal/state & local governments and public service commissions.

Collectively the APS employs 12.5% of the entire Australian workforce. Data shows that the current APS workforce is generally older than the broader workforce, but more can be done to ensure that recruitment practices are also inclusive and non-discriminatory towards older workers.  I am also pushing for the development of an APS Employment Strategy for Older Workers, which I believe is a current gap.

I am also concerned about the rising Age Pension age and existing laws and policies that still cut off at around the 65 mark. For example, workers compensation, taxation of redundancy payments and some income protection insurance schemes. These can be a barrier to both employers and older workers and I have been speaking to relevant Ministers and Departments about these issues.

The Government has made good progress in developing a new Career Transition Assistance Program, which will be trialled in five regions from 1 July 2018 before being rolled out nationally in July 2020.

The Restart Wage Subsidy, which provides a financial incentive for businesses that employ an eligible mature age worker is another positive initiative. However, it is not very well known or utilised and could be improved, for example, by removing the requirement that the mature job-seeker must have been on benefits for 12 months to be eligible.

-Training of HR and Managers: The majority of the time, people are simply not aware that they hold age-based stereotypes or that they might be discriminating against an older person. I believe there is value in educating the broader community about age discrimination and providing practical examples and real life stories to shift perceptions. This could be done through tertiary modules for university students or professional development courses for HR and business professionals. Developing a module like this could even be a project for a PhD or Masters student. I have been working with the Australian Human resources Institute on this issue.

- Promote best practices: Need for broader dissemination of good practices and innovations e.g. those documented in Willing to Work Good Practice Examples: A Resource for Employers.

Professor Rosalind Croucher, former President of the ALRC and now President of the Australian Human Rights Commission, further emphasised that preventing elder abuse in an ageing world is “everyone’s business”.

In my own address at its launch, I urged governments, community organisations and individuals to not let the flame lit by this inquiry die down but to continue with even more focus and commitment as we move on to the next stage of implementing recommendations from the report.

During the course of the inquiry, I saw the coming together of people from all walks of life. I was deeply encouraged by the passion, knowledge and ideas that people contributed to this inquiry and I am determined that these efforts do not go to waste.

At the Eastern Community Legal Centre in Victoria, over 100 nurses, police, Aged Care Assessment Teams, carers etc. came together to discuss and contribute to a joint submission to the law reform discussion paper of draft recommendations.

The final report makes 43 recommendations addressing a range of specific topics including: aged care, wills, superannuation, banking, social security and safeguards around making of enduring powers of attorney and guardianship.

As some of you have heard me say before in my advocacy and speeches, I have an absolute aversion to good sensible reports that sit on a shelf of good intentions gathering dust. It is critical that we work together to ensure that the ALRC recommendations do not experience the same fate.

It is critical that we mobilise all sectors of the community to respond, including lawyers, accountants, health professionals, social workers, police officers, hairdressers, Centrelink officers, next door neighbours.

I know that the Government is currently working towards the development of a National Plan and is committed to implementing recommendations from the ALRC report.

I have been working closely with the team in the Attorney General’s Department dedicated to the Government’s “protecting the rights of older Australians initiative”.

The initiative includes $15 million over three years to develop a national plan to better protect the rights of older Australians. The department’s work includes creating a national awareness and education campaign; and developing training for frontline staff to help them identify signs of elder abuse.

To date, this elder abuse team has undertaken wide consultations on elder abuse in our communities; within NGO’s, state and territory government departments and Commonwealth agencies.

On 24 May 2017, the department tendered for research services to develop an agreed, national definition of elder abuse and to understand better the nature and prevalence of elder abuse.

However, this is only the beginning.

Awareness raising: There is still a very high level of underreporting of elder abuse, which, according to WHO, can reach up to 80% of all cases worldwide. I would encourage COTA to take up any opportunity to raise awareness about elder abuse and expose it.

POA and enduring documents: In particular we need to encourage people of all ages to make enduring documents and keep their wills/ Powers of Attorney updated. In my meetings with stakeholders, I would sometimes ask whether those around the table have either wills or powers-of-attorney. Often there would be a few who have wills. Very rarely did anyone have a POA or other enduring document.

Training: Training of professionals who work with older people is also critical.  For example, lawyers assisting people to prepare wills, Power of Attorney and enduring documents need to ensure that the older person understands that they can set conditions on their POA or that it can be revoked.

Similarly, doctors and health professionals need detailed training around what they are entitled to disclose about a patient’s situation without fear of breaching professional codes or privacy rules. They also need to know about appropriate referral pathways and services for elder abuse.

Clearing house: I believe there is a need to create some sort of clearinghouse of best practices and resources across jurisdictions and stakeholders to ensure that we build on our experience and continue to move forward in our mission to eliminate elder abuse.

There is currently a lot of tremendous and innovative work being done in the elder abuse space, especially among the NGOs.

I would like to mention in particular an innovative program being undertaken at St. Vincent’s Hospital in Melbourne.  The social work department has all shifts trained to identify older people at risk of abuse.  In a 4 year period there were, from memory, about 400 cases of which 70%, on further examination, involved elder abuse.  They now have a part-time lawyer from Seniors’ Rights Victoria visiting the hospital assisting patients to address the issues they are facing and educate them about their rights.

Relationships Australia has also commenced an innovative pilot service to support families to plan for future medical, health, financial or living arrangements and make decisions that protect all family members. The service responded to the presenting needs of clients through a number of ways including counselling, mediation, education, information and referral to specialist support services and legal advice.

Our nation faces a potential tsunami of older women at risk of homelessness.

Since 2012, 23 per cent more older Australians are living in rooming houses – often the last resort for people in the private rental market.

Why are older women at risk?

Older women’s incomes and work cycles are different from those of men. Many women face old age renting and with insufficient superannuation, having been in and out of the workforce over the course of their lives. On average, women retire with only $157,050 in super savings, compared to $270,710 for men.

Additionally, an unexpected crisis – the death of a spouse or divorce – can make women extremely vulnerable to homelessness. And it can force older women into social housing, which is under significant pressure already.

They are working, renting and hidden – the day they can’t work they are likely to be homeless.

There is a range of solutions – from group housing models to ethical investment frameworks – which can help.

Doorway program, operated by not-for-profit Wellways, which helps people experiencing mental health issues who are homeless or at risk of homelessness, to secure and sustain a home within the private rental market.

People in the program are required to pay 30 per cent of their income and Commonwealth Rent Assistance directly towards the rent, and Doorway pays the difference for up to 18 months.

An independent evaluation of the Doorway program found that one third of the participants’ mental health improved and they no longer required case management and clinical services, and the majority of participants achieved stable and secure private rental accommodation for the first time in their lives.

This model could work more broadly to help address a range of housing issues. There are other models which could be developed or adapted as well.

This issue is both an age issue and a women’s issue. And it needs a “multi-pronged approach” that acknowledges the “complex range of people in different circumstances at different ages”.

In addition to these three topics, we also need to keep a watching brief on these emerging issues and opportunities:

Retirement villages. A recent Four Corners and Fairfax investigation into a retirement village company uncovered a multitude of issues, which have been described as ‘financial abuse’ and ‘exploitation of seniors’.

The ensuing NSW Government Inquiry is now complete and it is important that we all work together to ensure that older people are adequately protected and fully informed of their rights and obligations as they enter into retirement living arrangements.

Following the inquiry, the NSW Government is taking action with its four-point plan, which aims to put consumers first and crack down on operators who use unfair practices.

The Federal Consumer Affairs Minister, Michael McCormack, has talked about the possibility of harmonising laws across the states.

Another one to keep an eye on is the expansion of the E-Safety Children’s Commissioner’s role to E-Safety Commissioner following the Government’s commitment of $50 million to improve seniors digital literacy.   This commitment will include the development of an online safety strategy for senior Australians – important initiative for safeguarding seniors from potential abuse carried out online.

Congratulate COTA NSW for its good work and encourage its continuation in the year ahead.  I look forward to continuing a strong relationship with COTA NSW as we work together towards a culture and environment where the rights and dignity of older Australians are valued and respected.