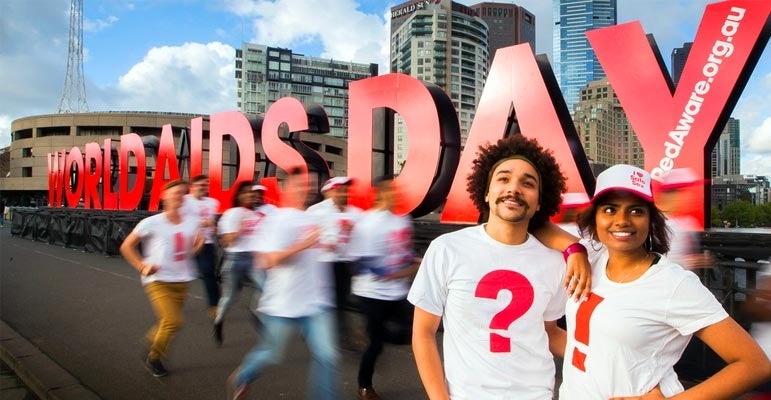 “Today there are an estimated 27,150 people living in Australia who are HIV positive and live normal, healthy and successful lives. Yet stigma associated with HIV remains a stubborn challenge for our society”, said Commissioner Wilson.

“HIV stigma harms broader understanding and awareness about reducing infection rates and the health and wellbeing of people living with HIV”.

World AIDS Day is an important opportunity to raise community awareness about HIV, to remember the people we have lost to HIV/AIDS and to reflect on how we can end the stigma and discrimination encountered by people living with HIV.

“It is also a time to recognise the tireless work of individuals and organisations to end HIV transmission”, said Commissioner Wilson.

Research by the Kirby Institute shows that the number of newly-diagnosed HIV infections in Australia has remained stable and HIV prevalence is low when compared to other high-income countries.

“These developments would not have been possible without the combined efforts of researchers, community advocates and organisations, health practitioners, educators, law and policy makers and funding providers”, Commissioner Wilson said.

“At the same time, recent high profile cases have reminded us that people living with HIV around the world, including Australia, continue to face stigma, stereotypes and discrimination.

“Whilst Australia provides some important legal protections against discrimination and vilification on the basis of HIV status, in some cases stigma is perpetuated by the criminalisation of HIV transmission and disclosure of HIV status.

“These issues can be compounded by lack of community understanding and insensitive or inaccurate media reporting.

“On this World AIDS Day, I call on all people to take steps to combat HIV-related stigma and discrimination in our communities.  In this way we can further support efforts to end HIV once and for all,” Commissioner Wilson said.