Submissions open for examination of sucidal behaviour and intentional self-harm 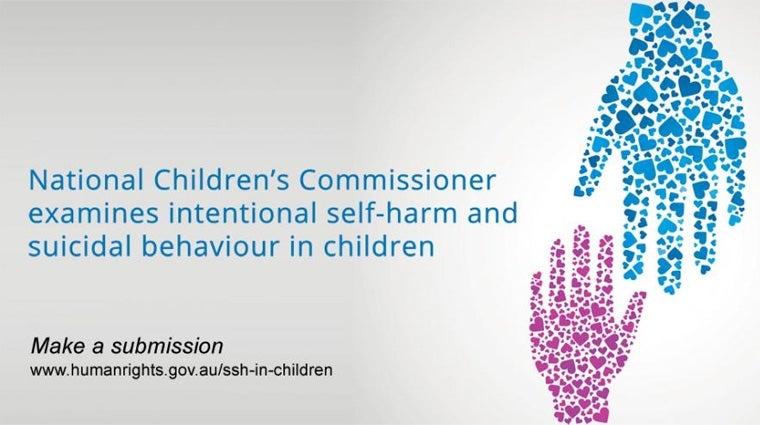 As latest statistics show young Australians including teenagers are more likely to die from suicide than car accidents, the National Children's Commissioner Megan Mitchell is today opening submissions for her examination into intentional self-harm and suicidal behaviour.

Children and children’s advocates raised the issue of intentional self-harm and suicidal behaviour with Commissioner Mitchell during her Australia-wide listening tour last year. The issue was also identified by teenagers who entered the BackMeUp film competition, which the Australian Human Rights Commission ran in 2012 and 2013.

“This examination will look into why children engage in intentional self-harm and suicidal behaviour, as well the barriers which prevent them from seeking help. I urge interested individuals, government, private, and non-government organisations, to make submissions on the key issues,” said Commissioner Mitchell.

This project will also involve a review of current research, targeted consultations and roundtables with experts, and hearing from children and young people.

“The findings from my examination will be in my 2014 Statutory Report to Parliament about the human rights of children in Australia,” said Commissioner Mitchell.