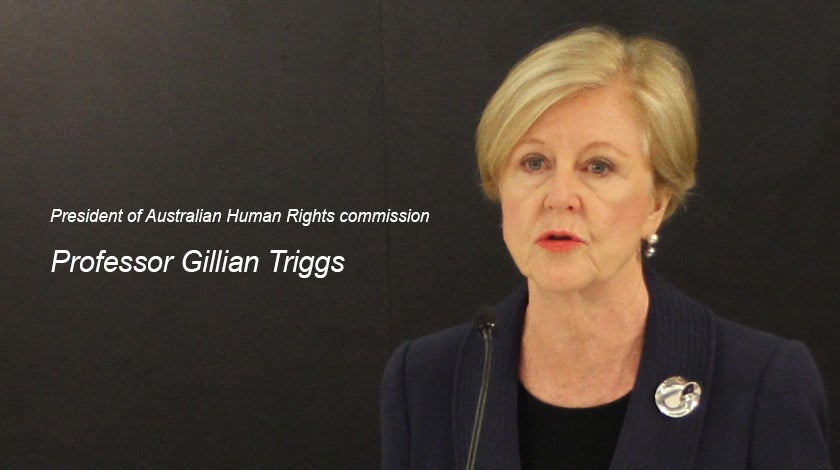 As Australians mourn the executions of Andrew Chan and Myuran Sukumaran we should also ask, what good can come of this?

Might it be, paradoxically, that the time has come to collaborate with nations across the Asia Pacific to agree upon a moratorium on the death penalty as a first step towards ending it for good globally?

The community and media attention given to the heroin trafficking by, and conviction of, the Bali nine and the 10-year journey by Andrew Chan and Myuran Sukumaran of repentance and rehabilitation has prompted unprecedented and bipartisan efforts to convince the Indonesian President to grant a reprieve. While we have focused on the two Australians as we followed their plight over recent months, Indonesia has employed the death penalty against the nationals of many other countries, including Norway, Brazil, Nigeria, Thailand and the Netherlands. The leaders of these countries have been rebuffed, among them the king of Norway, as was Australia's Prime Minister. The irony is that, somewhat inconsistently, Indonesia has pleaded for the lives of its own citizens under sentence of death in other countries such as Saudi Arabia.

There is some evidence of a trend in south-east Asia towards abolition of the death penalty. Cambodia, Timor L'Este, Nepal, Bhutan and the Philippines have ended executions and de facto moratoriums have existed for some years in Laos and Thailand. Some states, including Singapore and Malaysia, have reduced the number of offences attracting the death penalty and commutations are common in Malaysia, Myanmar, Singapore and Thailand.  In the Pacific, Fiji has de facto ended the death penalty and New Zealand abolished it in 1989. While the UN Secretary General has argued that the "death penalty has no place in the 21st century", China, Vietnam, Japan and Indonesia maintain a harsh policy of executions.

There are several vehicles through which diplomatic and institutional initiatives could promote a moratorium on executions within the Asia Pacific.

Member states could add a discussion of the issue to the agenda of the forthcoming Commonwealth Heads of Government Meeting in November. It is time for CHOGM to confirm its 2012 commitment to the inherent right to life in the Commonwealth's Charter of Human Rights. ASEAN's Intergovernmental Commission on Human Rights could also be influential in seeking a consensus, building upon its 2012 Human Rights Declaration.  Australia could link our aid programs in the region more directly to improving human rights and governance according to the rule of law. We could also expand our bilateral human rights dialogues with China and Vietnam to other nations within the Asia Pacific.

National human rights institutions across the region have called for an end to the death penalty. The Human Rights Commission of Malaysia has, for example, recently urged its government to abolish the death penalty. The chair, Tan Sri Hasmy Agan, has asked for the mandatory death sentence for drug offences to be amended to return the discretionary power to judges to decide the appropriate penalty for such crimes.

When considering a strategy to end the death penalty in the Asia-Pacific region, it should be recognised that by global standards, the region is exceptional in its approach to human rights.

Unlike the European, Inter-American and African Courts of Human Rights, or the proposed Arab Court of Human Rights, nations of the region have not agreed to a legally binding human rights charter or to a regional commission or court to promote legal jurisprudence.  Many Asian nations have not engaged with the global human rights monitoring regime. Most are not party to the International Covenant on Civil and Political Rights (ICCPR) and have been unresponsive to calls by the Human Rights Council to accept responsibility to protect the right to life.  While many Asian states remain outside the international human rights treaty system, cultural norms are, nonetheless, changing in the region.  Political leadership, building on recent de jure and de faco moratoriums on the death penalty, has the potential to prove highly effective.

Vital to any regional initiative to end the death penalty is a clear understanding of the law. International law does not prohibit the death sentence absolutely. Article 6 of the ICCPR provides that the death penalty "may be imposed only for the most serious crimes" and if pursuant to the judgment of a competent court. The Human Rights Committee, in its General Comment No 6 of 1982, has argued that the phrase "the most serious crime" should be read restrictively to mean the death penalty should be a "quite exceptional measure".  That the execution of those trafficking in drugs is contrary to international law is strongly arguable. Moreover, to execute drug traffickers who have been rehabilitated fails to respect their human dignity and inherent right to life. The death sentence also creates an unacceptable risk of executing an innocent person and the evidence indicates that it is not an effective deterrent to serious crimes.

The United Nations has been active in promoting the abolition of the death penalty by promoting the Second Optional Protocol to the ICCPR, under which states agree to end executions. The General Assembly has also adopted four resolutions calling for the progressive restriction of executions and reduction of the kinds of offences punishable by death. Under the Universal Periodic Review, in which countries review each others' human rights record, recommendations have been made to abolish the death penalty.

The sad executions of Andrew Chan and Myuran Sukumaran provide an opportunity to build on community rejection of the death penalty, on regional trends toward abolition and on United Nations efforts to end executions. Their deaths could be the spark that ignites a consensus among all states of the Asia Pacific to rethink adherence to a policy that is increasingly cruel and out of place in the 21st century.

Gillian Triggs is President of the Australian Human Rights Commission.