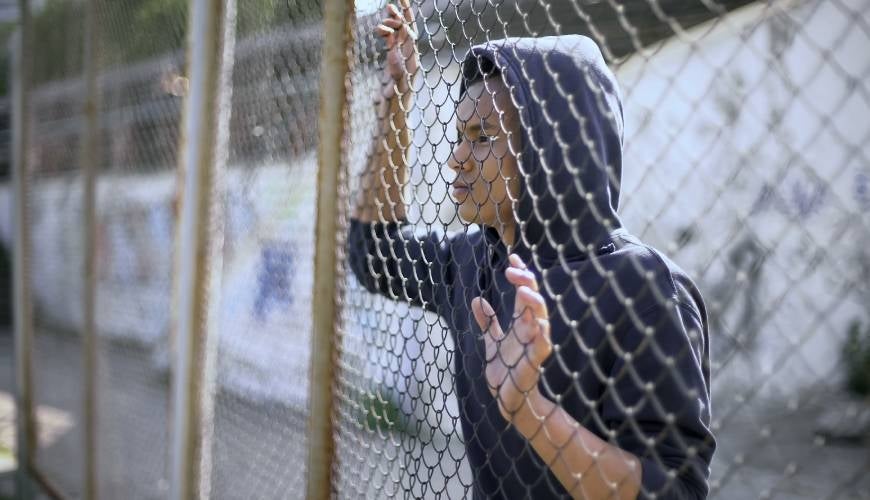 The author of a ground-breaking global study on children spoke at the Oceania regional launch in Sydney on October 11.

Professor Manfred Nowak, the Independent Expert leading the global study found that a minimum of 1.5 million children around the world each year are deprived of their liberty across a variety of settings, with negative impacts on the wellbeing of children.

“The principle is that children should never be behind bars.  Every child behind bars is one too many, and there are millions behind bars,” Professor Nowak said.

The launch and a series of subsequent workshops on children in various forms of detention was aorganised in conjunction with the Australian Human Rights Commission.

“Depriving children of liberty in any form should only be permitted in truly exceptional situations as a measure of last resort.

“This study makes for disturbing reading: detention and prevention of liberty not only aggravates existing health conditions in children, but can also cause new ones to emerge, including anxiety, depression, suicidal thoughts, and post-traumatic stress,” National Children’s Commissioner Megan Mitchell said.

The study found psychiatric disorders for children in detention can increase tenfold during detention, and detention is correlated with early death among children once released.

The study also found that globally children are being detained at younger and younger ages and are being held for longer periods of time.

The full report can be found here: https://childrendeprivedofliberty.info/general-assembly-report-of-the-global-study-on-children-deprived-of-liberty/?mc_cid=19efd826d7&mc_eid=%5BUNIQID%5D