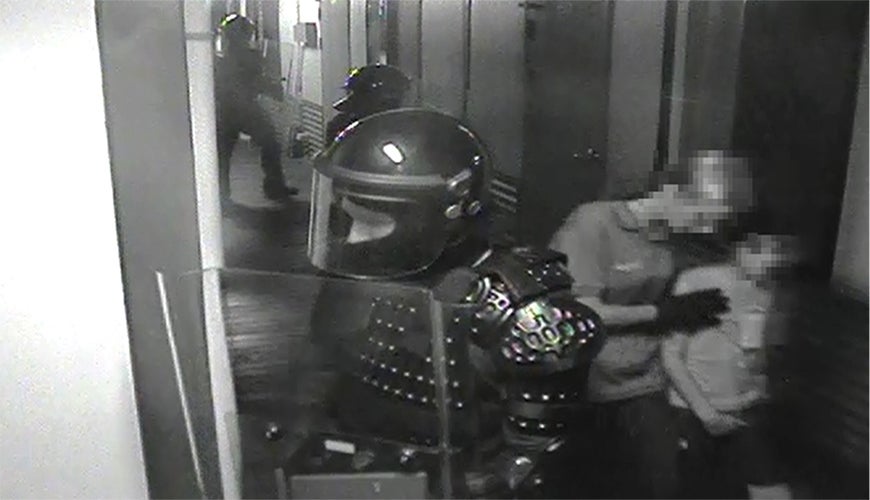 Fourteen complaints about the use of force in immigration detention form the basis for a comprehensive thematic report by the Australian Human Rights Commission tabled in Parliament
today.

The report considers the practices of handcuffing detainees, use of physical force within centres including arm and elbow locks, operations conducted by the Emergency Response Team (ERT), and the use of face masks.

“The Department of Home Affairs has a duty of care to people in immigration detention.  Force should only ever be used as a last resort where alternatives such as negotiation and de-escalation techniques have been exhausted.  Any use of force should be limited to what is essential in the circumstances and should be used only for the shortest amount of time necessary,” said Commission President, Emeritus Professor Rosalind Croucher.

In nine of the fourteen complaints, the Commission found that the manner or degree of force used was contrary to the human rights of the detainees. In one case, handcuffs were applied to a detainee over a significant wrist wound for eight and a half hours while he was transferred between detention centres.

In another case, male ERT officers entered the bedroom of a young woman aged 19 years old unannounced and refused her the opportunity to get dressed without them being present.

In a third case, a mother was separated from her husband and their one-month old daughter for 32 hours during an operation that involved the transfer of a number of family groups from one detention centre to another.

In five of the fourteen complaints, the Commission did not find that a breach of human rights had been established.

“There needs to be effective oversight of the use of force in immigration detention.  This requires robust authorisation procedures, filming of all pre-planned uses of force in their entirety, and appropriate record keeping so that incidents can be properly assessed,” said President Croucher.

The Department of Home Affairs said that it had made a number of changes to its internal policies since receiving a preliminary report of the Commission’s findings.  It also said that it would take further action in the future to implement other recommendations in the report.