‘We cannot deny the rightful place of Australia’s First Peoples’ 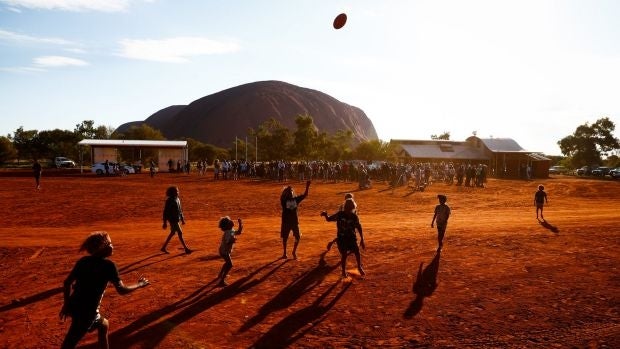 Speaking at a Castan Centre conference on 21 July, Commissioner Oscar said “we cannot continue to deny the rightful place of Australia’s First Peoples in this country.”

“You don’t need to be a constitutional lawyer to know that the constitution wasn’t written with the inclusion of the First Peoples of this country in mind.

“For the most part of the past two centuries, we have been oppressed and excluded from wider society, from our own lands, our home.

“In the 1967 referendum, our fellow Australians stood alongside Aboriginal and Torres Strait Islander peoples, united in the desire for change. Our nation now has an opportunity to complete that journey.”

Commissioner Oscar told the Castan Centre conference that racism, and in particular, its impact on children, continues to stand in the way of equality.

Commissioner Oscar asked the conference to imagine what it would be like if we taught our children to have zero tolerance for racism.

“But first, we have to understand what racism means. It puts a halt to people’s lives, it curtails their futures.

“Australia’s First Peoples have endured systemic racial discrimination in this country and it is unsurprising that the majority of complaints made by Aboriginal and Torres Strait Islander people to the Australian Human Rights Commission are about racial discrimination.

“These experiences can be relentless and numbing.”

The Commissioner cited the 2016 Australian Reconciliation Barometer, noting that almost 40% of Aboriginal and Torres Strait Islander Australians reported experiencing racial abuse in the past 6 months.

“We often become so desensitised to the normalisation of social and institutional racism in this country that we do not think to call it out.

“And we cannot escape the fact that Aboriginal and Torres Strait Islander peoples experience constant exposure to racism, profoundly influencing the education, employment, housing, health and life outcomes for our people.”

Commissioner Oscar said the numbers of young Aboriginal and Torres Strait Islander people in out-of-home care and the over-representation of Indigenous youth in detention continues to be “a national tragedy”.
She said the high rates of over-representation are a product of structural disadvantage and systemic racism.

The Commissioner said there are positive examples where Aboriginal and Torres Strait Islander communities are creating their own responses to social disadvantage and trauma, and she said education could help overcome many obstacles.

“We need structures, schools, safe spaces where we see ourselves reflected back to us, where we are respected, but also where our voices are heard. I don’t mean having a separate society for our peoples but one where we clearly see a place for ourselves in what exists around us.

“As we enter the serious process of political decision making about the question to be put in a referendum to recognise Indigenous peoples in Australia’s Constitution, we should not shy away from being courageous and arguing for the right question.

“And we should never underestimate or prejudge the wisdom of the Australian people who we know from the referendum on 27 May 1967 are more than capable of doing the right thing.”

Read the Commissioner's full speech to the Castan Centre Conference.