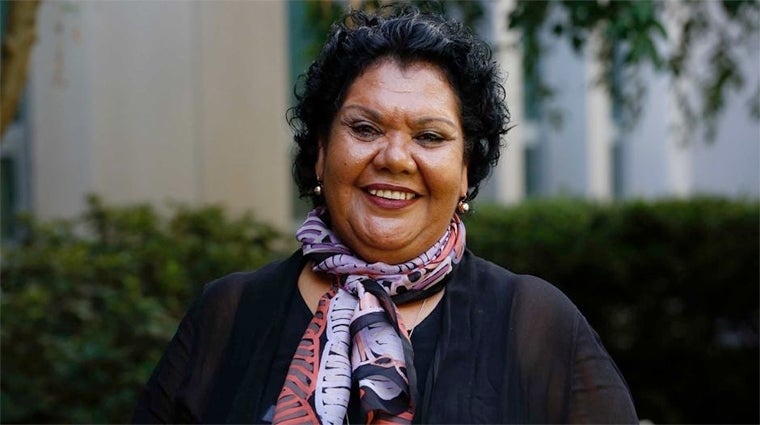 Aboriginal leader and advocate, June Oscar AO, is a proud Bunuba woman from Fitzroy Valley in Western Australia. She is also the first woman to be appointed as Aboriginal and Torres Strait Islander Social Justice Commissioner.

She is widely recognised for her contribution to enhancing Indigenous Australian languages, advocating for social justice, women’s issues, and the reduction of Fetal Alcohol Spectrum Disorder (FASD).

“Indigenous women have a great contribution to make to this country,” Commissioner Oscar said.

In her previous position as CEO at the Marninwarntikura Women's Resource Centre, Commissioner Oscar led a successful, community-wide response to the alcohol crisis in the Fitzroy Valley, withstanding “a lot of push-back and vilification of those of us who stood up and spearheaded this action in the community”.

Commissioner Oscar said the Fitzroy Valley response to its alcohol crisis recognised the futility of a total ban on alcohol and instead focussed on restricting product type and availability.

“There’s no ‘one size fits all’,” Commissioner Oscar said. “We must understand the communities we are dealing with in order to make something successful”.

As Social Justice Commissioner, Ms Oscar wants to address the gaps experienced by Indigenous Australians in relation to human rights, access to services, health and justice.

She said children and old people are particularly vulnerable.

“In some Aboriginal communities, elderly people are surviving in conditions that are just depressing. Our seniors are living in tin shacks, and there is no running water. I would have thought, that way of living was something in our past”.

We can move forward, Commissioner Oscar said, when we listen to and include Indigenous people in “conversations on issues that matter”.

“If we are open-minded and encourage everyone’s voice on these issues, and if we allow decisions to be informed by those voices, by lived experiences, I think we stand a good chance of finding some great outcomes and solutions”.