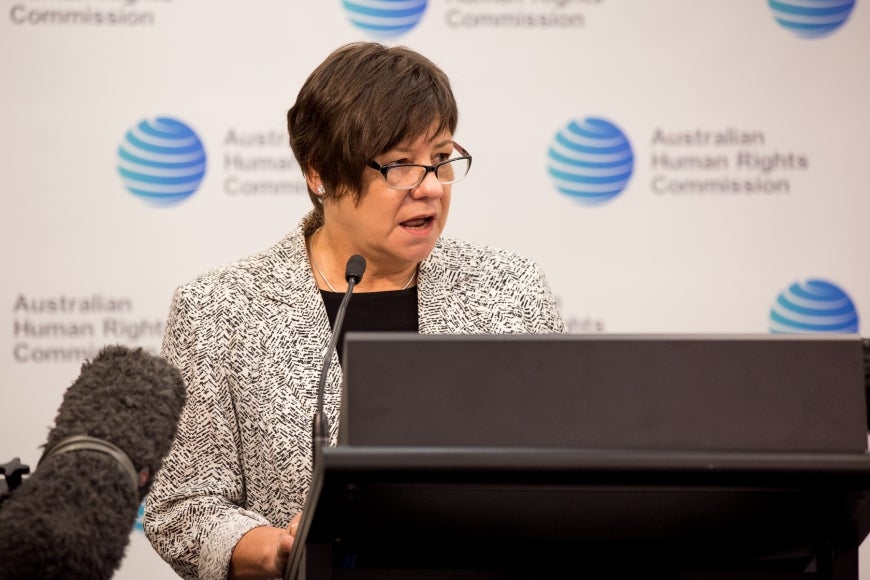 Commissioner Mitchell said today’s announcement by the Federal Minister for Social Services, Christian Porter, of a Third Action Plan as part of the National Framework for Protecting Australia’s Children will provide crucial support for struggling families and those affected by domestic violence.

The action plan will focus on the first 1,000 days of childhood – from conception through to two years of age.

“The first 1,000 days for a child are especially influential on their future capabilities and the critical role of parents,” Commissioner Mitchell said.

“The Government’s focus on the early years for a child, and its support of young children affected by family and domestic violence is an important initiative.

Yesterday, Commissioner Mitchell, Rosie Batty and Professor Kerry Arabena launched the 2015 Children’s Rights Report. The report includes a recommendation about the need to support research into the benefits of early intervention in the first 1000 days of a child’s life.

“Available Victims of Crime data for some jurisdictions further indicates that for the four year period to 2013, there were over 14000 physical assaults and over 12000 sexual assaults of children perpetrated by parents or other family members - mostly directed at younger children under nine years of age.

“For me these are shocking statistics that show just how many children are direct victims of violence in the home,” Commissioner Mitchell said.

“Previous studies have also estimated that over 20% of children and young people have witnessed violence against a mother or step mother.”

Commissioner Mitchell said the availability of information about children's exposure to domestic violence is extremely poor and in urgent need of remedy.