Meetings of the Implementation Advisory Group and Consumer Advocacy Advisory Groups were held in early March in Canberra and Melbourne respectively.

Advisory groups considered revisions to the draft National Principles for Child Safe Organisations. These revisions were informed by feedback from both advisory groups and their networks, the cultural safety forum, consultations with children and young people, and feedback sent directly to the project team from other organisations.

The draft National Principles will now progress through government processes, for consideration by Community Services Ministers and on to the Council of Australian Governments for consideration and endorsement.  COAG previously welcomed progress on the National Principles for Child Safe Organisations, and agreed on the importance of creating organisations where children are safe from abuse and neglect.

Advisory Group members were thanked for their contributions to date with planning for a future meeting underway.

Consultations with children and young people

The National Children’s Commissioner has conducted consultations with children and young people on the principles during 2017-2018, and what they want organisations to promise to them in order for them to feel safe and included.

Consultations have been conducted with children and young people in schools, including a settlement school, a surf club, and a Scouts group. Children drew artwork on a flag, surfboard or badge depending on what organisation they were participating in. They were asked to draw things that represent what makes them feel safe and happy in the organisation and to write down what promises they think organisations should make to them.

In summary, children and young people have said so far that organisations should: 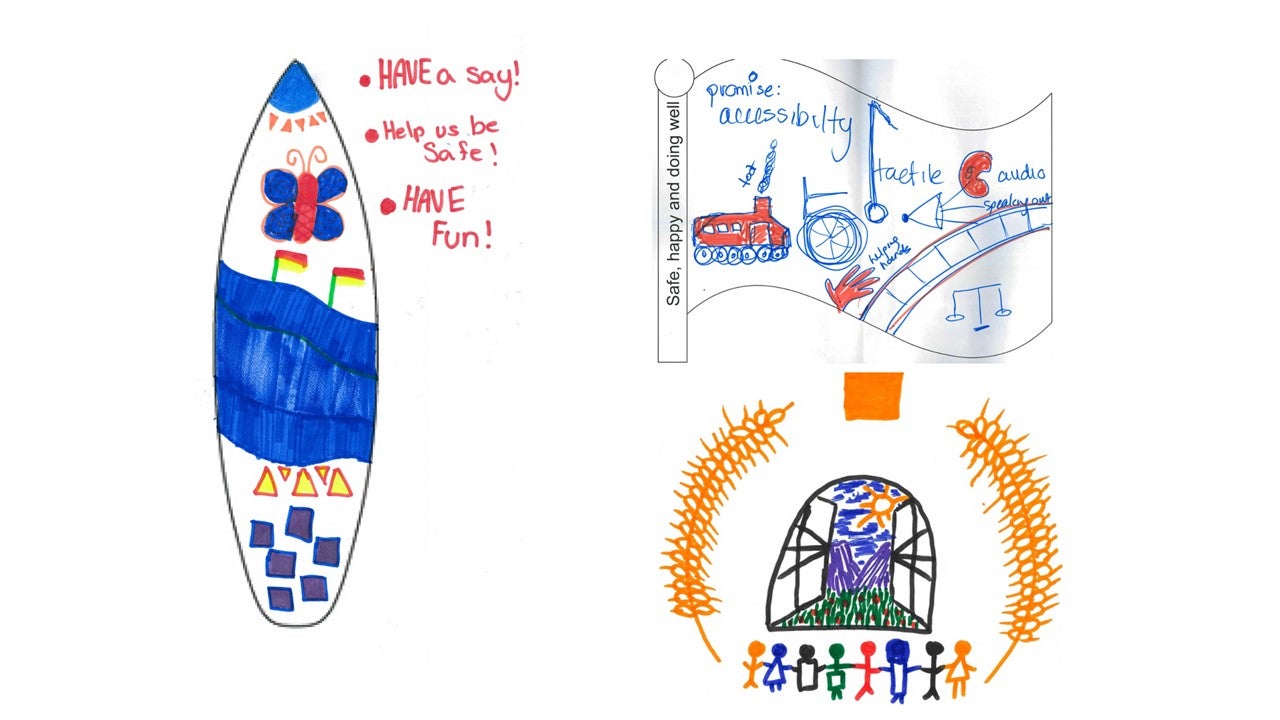 Nationally focused tools and resources for sector wide application will be added to the Child Safe Organisations project page in 2018 to help organisations be safe for children and promote their wellbeing.

The Commission commenced piloting the introductory self-assessment tool for organisations and the guide for parents and carers in March with assistance through Advisory Group member networks.

Analysis from the piloting is informing the revision of these tools and their finalisation.

In mid-March, the National Children’s Commissioner, who is leading the development of the National Principles for Child Safe Organisations was re-appointed for a further two years.  See the announcement by the Attorney-General Christian Porter here.

Have your say on child rights in Australia

The National Children’s Commissioner is calling for submissions from all people and organisations that have something to say about the state of children’s rights in Australia.  The Australian Human Rights Commission, led by Commissioner Mitchell, will report to the UN Committee on the Rights of the Child about Australia’s progress in meeting its child rights obligations by 1 November 2018.