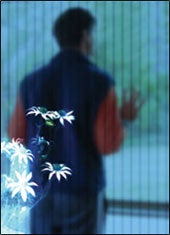 In a very real sense any attempt to provide a foreword to this report is unnecessary - it speaks eloquently for itself as a chronicle of the recorded voices speaking directly to all who read it. These voices speak of the ongoing pain, hopelessness and grief for the loss of life opportunities taken for granted by government and the majority of those whose families have never been impacted by mental illness and don't wish to broach the issue.

Many of those whose stories are recorded here were told with tears because their stories were recalling the experience of loved ones whose deaths were in many cases preventable but for which no one seemed accountable. These hundreds of stories speak of the daily lived experiences of Australian citizens, citizens of a wealthy nation, denied their basic right of access to appropriate and sustained quality health care.

I applaud the deep interest and readiness of the Human Rights and Equal Opportunity Commissioner, Dr Sev Ozdowski to partner the Mental Health Council of Australia in the public forums held in every state and territory and in numerous other meetings as well as in the huge task involved in writing a report that would respect the authenticity of its sources. There is no doubt that the direct participation of the Commissioner added enormous credibility to the hearings and the willingness of hundreds of others to lodge written submissions. His direct involvement brought a sharper focus to the seriously neglected human rights issues implicit in many of the submissions and presentations made during the community forums.

I also applaud the invaluable commitment and expertise contributed by Professor Ian Hickie of the Brain and Mind Research Institute in the University of Sydney . Professor Hickie collaborated closely with our former CEO, Dr Grace Groom, in devising the research framework and setting up the basis for the public forums at most of which he was present as a panelist. He was of course central to the difficult task of writing up such a large report.

An additional feature of this report has been the specific focus on the community's response on the current status of mental health reform in each state and territory. Those of us who attended the nationwide forums were struck by the similarity of the stories of systemic failure, neglect, the lack of accountability and the continued neglect of workforce issues in all parts of Australia.

Regrettably, we have seen from a number of jurisdictions a level of defensiveness and a rejection of the findings from this community assessment. The responses from a number of governments pointed to a 'lack of rigor' or 'poor research method' and 'the need for strategic analysis'. In some cases there was a concerning tendency to 'blame the victim'. These claims ignore the fact that our governments have not implemented basic and routine needs assessments nor regular and system-wide evaluations. Such responses also ignore the growing body of support for the findings from this review - reviews by Parliamentary committees, Auditors Generals, Public Advocates and others empowered to undertake ad hoc reviews of public services.

While such a response is indeed regrettable, it is not unexpected. An all too frequent response from some governments since the signing of the Second National Mental Health Plan in 1998 has been in the oft quoted mantra that "we must expect that progress on mental health reform will be slow". Unfortunately while this slow pace is comfortable for some, if change is not forthcoming, an increasing number of mentally ill Australians will find themselves "not for service" .

If on the other hand senior members of government at state and federal levels are prepared to reflect on the forlorn truth of the accounts voiced in this report, to accept their validity and in response show real leadership, then all Australians will have their rightful access to quality mental health care.

I have reserved my concluding remarks to recognise the distinguished contribution made by Dr Grace Groom, our former CEO, in bringing this report to fruition. The huge effort required to develop the groundwork for the public forums in all states and territories, to correlate the resultant data and begin the analysis on a shoestring budget is a tribute to the enthusiastic and strong leadership, and passionate commitment to mental health reform that marked the whole of her two short years as an outstanding CEO of the Mental Health Council of Australia.