Willing to Work: National Inquiry into Employment Discrimination Against Older Australians and Australians with Disability (2016) 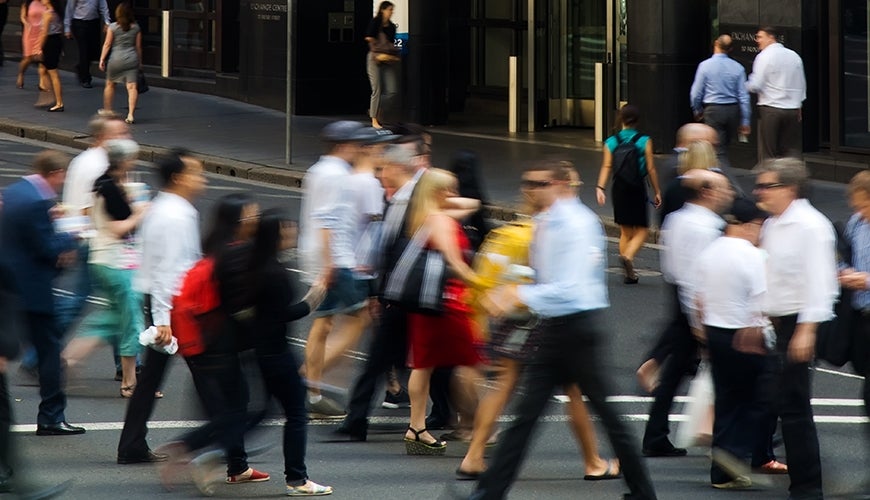 The right to work is a fundamental human right, but one that far too many older people and people with disability in Australia do not enjoy.

The Inquiry is grounded in the voices of individuals affected by discrimination, the experiences and perspectives of employers of all sizes and across all sectors, extensive research and the ideas and expertise of advocates, legal practitioners, policy experts, industry representatives and unions.

The Inquiry found that too many people are shut out of work because of underlying assumptions, stereotypes or myths associated with their age or their disability. These beliefs lead to discriminatory behaviours during recruitment, in the workplace and in decisions about training, promotion and retirement, voluntary and involuntary. The cost and impact of this is high, for individuals and for our economy.

People who are willing to work but are denied the opportunity are also denied the personal and social benefits—of dignity, independence, a sense of purpose and the social connectedness—that work brings.

Discrimination has an impact on the health of individuals, their career and job opportunities, their financial situation and their families.

Workplace discrimination as described to the Inquiry by those who have been damaged by it, undermines basic human rights with consequences that are devastating and often tragic.

It also has consequences for workplaces. These include higher absenteeism, lower or lost productivity, higher staff turnover and increased recruitment costs, as well as lost business opportunities from abandoning experience and corporate knowledge.

From a broader economic perspective, employment discrimination is also a huge waste of human capital.

The Australian Human Rights Commission is uniquely positioned to understand and respond to employment discrimination and the role of business in human rights. Most discrimination complaints received by the Commission’s investigation and conciliation service are in the area of employment. The Commission works closely with business to develop resources to assist employers to comply with specific discrimination laws and the way they provide goods and services.

The Willing to Work Inquiry followed on from Australia’s first national prevalence survey of age discrimination in the workplace which was conducted by the Australian Human Rights Commission in 2015.

It is unthinkable that people who lose their jobs in their 50s may live up to another forty years without paid employment.

International comparisons by the OECD show Australia lagging behind similar countries in terms of employment of older people and people with disability.

The disturbing reality is that labour force participation for people with disability in Australia has changed little over the past twenty years. As well as having a negative impact on individuals, such low participation remains a persistent public policy problem.

The Inquiry has drawn on multiple sources of evidence and found that employment discrimination against older people and people with disability is systemic and acts as a significant barrier to workforce participation. It requires response at multiple levels.

At the individual level, attitudes and beliefs need to change. Attitudes can be changed. Well focussed and sustained community education and awareness campaigns have changed entrenched attitudes and behaviours, for example, reducing smoking, wearing seat belts and using sunscreen.

The Inquiry also learned there is a pervasive lack of understanding among employers of the range, type and impact of different disabilities, and a perception that workplace adjustments are costly and difficult.

The Inquiry also learned that the operation of some government policies are creating disincentives to workforce participation, and that programs and subsidies to encourage businesses to employ older workers or workers with disability have only  limited impact.

Programs funded by government to increase skills training are not delivering the intended outcomes.

Most workers at mid-life need a retraining opportunity so that they can secure an available job in a growth industry. The current gap in reskilling opportunities for mid-life workers, particularly those in declining sectors like manufacturing, condemns many able and experienced workers to years of poverty on benefits.

Another challenge, and one that will only escalate as our population ages, are the negative attitudes and treatment experienced by people who have caring responsibilities.  We are all likely at some stage in our lives to care for a family member who becomes unwell or has a disability. It is clear that more access to flexible working arrangements would help keep people with caring responsibilities connected to the workforce.

The Inquiry’s recommendations are cognisant of the realities of the needs of the national economy now and through future decades. They are designed to foster a broad national approach, supported by clear leadership, cross portfolio action and collaborative engagement with employers and employees.

The Inquiry recommends a range of practical strategies and new systematic monitoring of progress and outcomes. These changes are to be underpinned by community education and awareness, supported by accessible information and the removal of policy barriers.

We know that the solutions we propose are realistic. They are evidence based and already in place in some workplaces.

The Inquiry met with many employers who have implemented diversity and inclusion programs and are achieving positive results. The Inquiry takes the opportunity to showcase some of this good practice and trusts this success will inspire and motivate others.

This Report is a reflection of the contributions of many people and I am grateful to those who took the time to attend a consultation, write a submission and assist the Inquiry. I also acknowledge and thank the members of the Inquiry’s four reference panels (Appendix 1) for helping engage with stakeholders, interrogate our findings and test our ideas in a robust and frank manner.

I trust that the findings and recommendations of this Inquiry will spark action and commitment and intensify efforts to address employment discrimination, remove policy barriers and lift labour force participation of older people and people with disability who are willing to work. We all stand to gain. 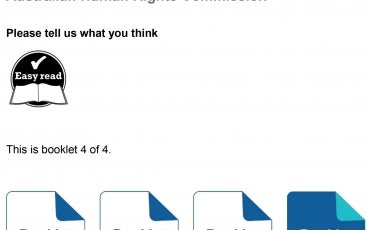 Willing to Work - Booklet 4: what you can do about employment discrimination 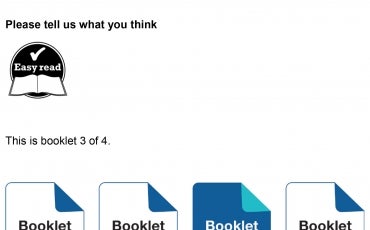 Willing to Work - Booklet 3: employment and Australians with disability 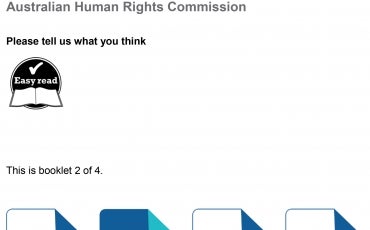