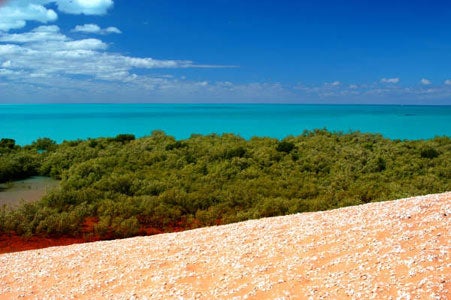 This report is my second as the Aboriginal and Torres Strait Islander Social Justice Commissioner and marks a transition from a calendar year reporting period to a financial year to comply with s.46(1)(a) of the Human Rights and Equal Opportunity Commission Act (1986) (Cth). As the Native Title Report 2004 reported on the period January to December 2004, this report covers the period January to June 2005.

Consistent with the view of some Indigenous leaders, the Commonwealth Government’s appointed Indigenous advisory body, the National Indigenous Council (NIC), released Principles for Land Tenure (NIC Principles) in June 2005. The NIC Principles are reproduced in full for this report at Annexure 2. These Principles set out a regime of long term leasing on inalienable Indigenous owned lands, for the purpose of supporting home ownership and business enterprise on these lands. The Principles have not attracted widespread support from Indigenous leaders or communities, in particular those likely to be affected by the proposal. Despite this, the Principles were presented to the Commonwealth Government for consideration.

The purpose of this report is to examine, from a non partisan and unbiased perspective, some of the issues that have arisen during the debate and assess the proposal to lease Indigenous land against human rights standards, existing land rights regimes and economic factors which will determine the effectiveness of the proposal by the NIC. This analysis will inform the debate and assist in clarifying misunderstandings about Indigenous land under existing Commonwealth, State and Territory based land rights and the national native title system that have arisen during the debate. It will also highlight important practical and human rights issues in relation to the leasing of inalienable land. I hope that this report will be a useful resource in the ongoing debate to lease communally owned Indigenous lands.

In October 2005, Minister Vanstone announced changes to the Aboriginal Land Rights (Northern Territory) Act 1976 (Cth) ALRA (NT) that will enable long term leasing in communities on ALRA (NT) land. These changes are intended to promote home ownership and business enterprises in communities. While the proposed amendments fall outside the reporting period and are not addressed in this report, the recommendations and comments in relation to the NIC Principles discussed herein, also apply to the proposed new amendments to the ALRA (NT). Further changes to the ALRA (NT) and native title system addressing broader issues have been announced since June 2005 and will be addressed in my next Native Title Report.

In addition to the leasing debate and the ongoing implementation of the New Arrangements in Indigenous Affairs which is discussed in the Social Justice Report 2005, the Committee on the Elimination of Racial Discrimination (CERD) provided Concluding Observations on Australia’s 13th and 14th periodic reports. The Committee handed down its comments in March 2005 noting a number of positive aspects including the significant progress made by Indigenous peoples in the enjoyment of their economic, social and cultural rights and the commitment shown by all Australian Governments to improving outcomes through the Council of Australian Governments (COAG) process.2 The Committee also noted the positive steps made through the implementation of diversionary and preventative programs in juvenile justice and the abrogation of mandatory sentencing in the Northern Territory.3

However, the Committee commented on the abolition of the Aboriginal and Torres Strait Islander Commission (ATSIC) and the transfer of ATSIC programs to mainstream government departments, as well as the establishment of the Government appointed NIC. The Committee expressed concern that these changes ‘will reduce the participation of Indigenous people in decision-making and thus alter the State party’s capacity to address the full range of issues relating to indigenous peoples.’4 In response to these concerns the Committee reiterated:

… that the State party take decisions directly relating to the rights and interests of indigenous peoples with their informed consent, as stated in General Recommendation 23 (1997).

The Committee recommended that Australia:

… reconsider the withdrawal of existing guarantees for the effective for the effective representative participation of indigenous peoples in the conduct of public affairs as well as in decision and policy-making relating to their rights and interests.5

The Committee has expressed clear concerns about the capacity of the Australian Government to properly address Indigenous issues and ensure the informed consent of Indigenous peoples in the conduct of public affairs and policy making relating to their rights and interests. The Committee’s comments demonstrate concern that the abolition of ATSIC, the implementation of the new arrangements and the establishment of the NIC are not able to ensure the effective representation of Indigenous peoples in Australia.

These observations are important in the context of the leasing debate and the NIC Principles. The Principles were developed by the NIC in its advisory role and were not developed in consultation with affected groups. Because of the nature of this process, should the Government rely on the NIC Principles to affect changes to Indigenous peoples’ rights and interests in land, this will not be consistent with the human rights standards of effective participation and free, prior and informed consent. To ensure any change is made consistent with Australia’s international obligations a further process of engagement with Indigenous peoples affected by proposed changes is necessary. As set out in the Committee’s observations, this engagement needs to be focused on securing the effective participation and free, prior and informed consent of communities affected by proposed changes to their rights and interests. Annexure 3 of this report provides an explanation of free, prior and informed consent and sets out the international law basis for this right.

The Committee also expressed concern in relation to the ongoing differences between Indigenous peoples in Australia and the State over the compatibility of the 1998 amendments to the Native Title Act 1993 (NTA), and Australia’s human rights obligations. The Committee recommended that Australia ‘reopen discussions with indigenous peoples with a view to discussing possible amendments to the Native Title Act and finding solutions acceptable to all.’6 However, the Committee also reiterated its past observations in relation to the 1998 amendments. Noting that while the Mabo decision and the original NTA provided for the recognition of indigenous peoples’ rights, the 1998 amendments wind back some of these rights in favour of legal certainty for government and third parties. Analysis of previous observations by CERD in relation to the 1998 amendments, are set out in the Native Title Report 1999 and 2000. In addition to the concluding observations on Australia by the CERD committee, a number of determinations and agreements were finalised during the reporting period. They are summarised in Annexure 4: Chronology of events in native title 1 July 2004 – 30 June 2005.

This report provides an analysis of the different issues arising from the debate to lease Indigenous communally owned lands. Much of the debate has talked about ‘Indigenous land’ with little regard for whether or not the land in question is native title land, land rights land, purchased land or simply whether the land in question is reserved for the benefit of Indigenous people. The allegation is that while Indigenous peoples enjoy ownership and access to land, it is not being utilised so as to alleviate poverty, provide home ownership or to promote economic development. The report seeks to challenge this assertion by considering the purpose of land rights regimes which, in most cases, was to simply provide justice for peoples who had been dispossessed of their lands. Also, the NIC Principles have not fully explored what can already be achieved under existing land rights legislation but instead recommends changes to land rights laws without a full understanding of their existing potential. The objective of the NIC Principles to promote home ownership and business enterprise on Indigenous lands is considered against a range of economic factors that will determine the sustainability of these projects on Indigenous lands.

Proposals and decisions that seek to alter the Indigenous land base are of particular significance in my role as Social Justice Commissioner given Australia’s obligations under national and international instruments with respect to Indigenous people’s rights to non-discriminatory treatment and ownership and control of land.

In short, this report discusses the purpose of land rights and native title legislation; the existing provisions for leasing Indigenous communally owned lands under current legislation; economic factors affecting home ownership and business enterprise; and a human rights analysis of the NIC Principles.It does not advocate a position suffice to note that the full and meaningful participation of Indigenous peoples affected by any policy shift, is critical if sustainable outcomes are to be realised.

Chapter 1 is aimed at debunking myths and preconceptions regarding the original purpose of land rights and native title legislation. In most instances, the focus of the original legislative action around land rights was centred on simply providing justice to peoples who had been dispossessed of their land rather than facilitating economic development. Indigenous peoples have fought for many years simply to have their rights and interests in land recognised. Many continue to fight today for recognition through the native title system. Policy around native title, in particular, has remained outside of the broader policy approach of Indigenous affairs. The legal and policy limitations of the native title system are also analysed to establish how barriers to economic development can be overcome.

As the legal landscape highlights, there are a multitude of options in existing land rights legislation that provide for individual leasehold interests over communally owned land. As 99 year leases are proposed, it is worth noting the arrangements that exist in the ACT and Norfolk Island with respect to long term leases. In addition, should Australia go down this path for Indigenous communally owned lands, the experience of the United States and New Zealand are outlined to provide some guidance as to what pitfalls and opportunities policy makers can expect from the NIC Principles. To assist in understanding some of the legal terminology included in this Chapter a glossary of terms is at Annexure 1.

Chapter 3 discusses one of the outcomes sought by the NIC Principles; individual home ownership; and the factors affecting this outcome. As the report highlights, there are many factors that influence home ownership, such as access to financial institutions, income levels, and the cost of building in remote areas. Indigenous peoples, particularly in remote areas, have lower levels of income than other Australians. Contemporary business commentary and research by the Australian Bureau of Statistics identifies that income levels and wealth are major determining factors affecting an individual’s ability to service a loan for the purchase of real estate. This aspect of the NIC Principles is analysed in the report. The report also provides background on development theories relevant to the NIC Principles, including an overview of the World Bank’s land titling policies. The World Bank formerly endorsed the notion of individual land titling over communal title but through experience and practical application found that the most appropriate title systems are those that are based on customary land titling and are responsive to economic factors such as the increasing value of land due to demand. As the report highlights, there are many other options apart from land tenure reform that ought to be considered in order to promote economic development on communally owned land and the report provides a number of alternative models to consider.

Chapter 4 provides a human rights appraisal of the NIC Principles based on the United Nations Declaration on the Right to Development and other international human rights standards. Human rights’ set minimum standards for the protection of rights and provides a useful framework for economic and social development. This framework is used to appraise the NIC Principles in terms of the protection of rights and as a basis for economic and social development through home ownership and business enterprise. The Chapter discusses the importance of effective participation and the prior, informed consent of Indigenous groups affected by changes to their rights and interests. Chapter 4 also sets out recommendations for the Commonwealth and State and Territory governments that seek to amend land rights or native title legislation, to give affect to the NIC Principles.