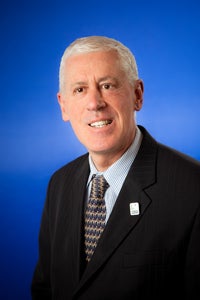 Graeme is a Lawyer, Mediator and Company Director. He has been a Human Rights Practitioner for 30 years in NSW, WA and nationally.

As Commissioner, Graeme has led or contributed to the success of a number of initiatives. These have included the Same Sex: Same Entitlements inquiry, which resulted in removal of discrimination across federal law; the drafting of the United Nations Convention on the Rights of Persons with Disabilities, and its ratification by Australia.

Graeme was also crucial to the development of the National Disability Strategy and the Disability (Access to Premises – buildings) Standards 2010; as well as the establishment of Livable Housing Australia.

Graeme has also been an active high profile advocate for the implementation of cinema captioning and audio descriptions and, as Human Rights Commissioner, undertook three annual inspections of Australia’s Immigration Detention facilities.

Graeme has been a Member of the NSW Administrative Decisions Tribunal; the NSW Consumer, Trader and Tenancy Tribunal; and the Social Security Appeals Tribunal. He has also been a Hearing Commissioner with the Human Rights and Equal Opportunity Commission.

Graeme was Chair of the Disability Advisory Council of Australia, and the first Chair of Australia's national blindness agency, Vision Australia.

Graeme is married with an adult son and a daughter in high school. He enjoys cricket (as a spectator) and sailing (as a participant), and relaxes by drinking fine Australian white wine