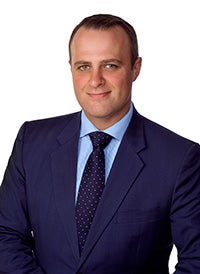 As Commissioner he focused on preserving a legal environment and culture that values free speech, religious freedom, free association and property rights. Commissioner Wilson specifically focused on removing impediments that stop the ability of Indigenous Australians to use their land for economic development, and constructively working through the challenges posed by a 21st Century pluralistic society to religious freedom to advance the human rights of all.

Mr Wilson previously worked as a Policy Director for the Institute of Public Affairs. He has also worked in trade and communication consulting, international aid and development, as well as politics.

He has served as a Board member of Monash University's Council, Alfred Health and on a Victorian Board of the Australian Health Practitioner Regulation Agency.

He has extensive experience in public debate and has had many regular radio and television commitments, with both commercial and public broadcasters. The Australian newspaper recognised Tim as one of the ten emerging leaders of Australian society. He has written extensively for newspapers, journals and books. He co-edited the book Turning Left or Right: Values in Modern Politics.

In July 2016, Mr Wilson was elected as the member for Goldstein in the Australian Federal Parliament.