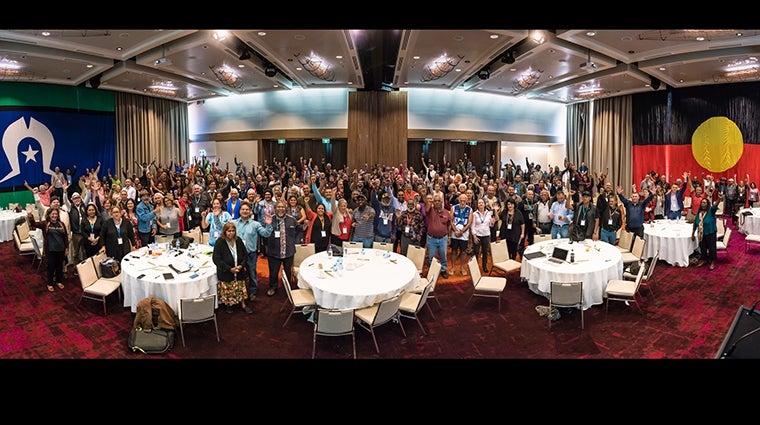 In a joint letter, the Australian Council of Human Rights Authorities (ACHRA) says the Uluru Statement from the Heart (pdf) “cannot be ignored”.

“On 26 May 2017, over 250 delegates gathered at the First Nations Convention and issued the historic Uluru Statement from the Heart.

“The Uluru Statement comes after decades of research, reports and calls for genuine action on the issue of constitutional reform that have often been overlooked and forgotten. As the gap of disadvantage widens for Aboriginal and Torres Strait Islander peoples, the Statement cannot be ignored.

“It was a monumental occasion fifty years ago, when Australia voted overwhelmingly in favour of counting our Indigenous peoples in the census. It is time to build on that.

“Often we fail to take into account the views of our First peoples. Our political systems and institutions remain inadequate at providing them with a voice in the matters that affect their lives, futures and communities.

“The Australian Government commissioned the Referendum Council to gather the views of our First peoples, which it has done, through a series of national dialogues with delegates from across the country. It is time for all our political leaders to listen with open ears, open minds and open hearts so that we can take this next step on our nation's reconciliation journey.

“What the Uluru Statement from the Heart calls for is not a new idea, nor should it be contentious. Rather, a national Indigenous voice included in the Constitution would affirm the United Nations Declaration of the Rights of Indigenous Peoples, which Australia has endorsed.

“Providing our First peoples with a national voice that is enshrined in the Constitution is an opportunity – we must listen.”