Celebrating 25 years of diversity in the armed forces 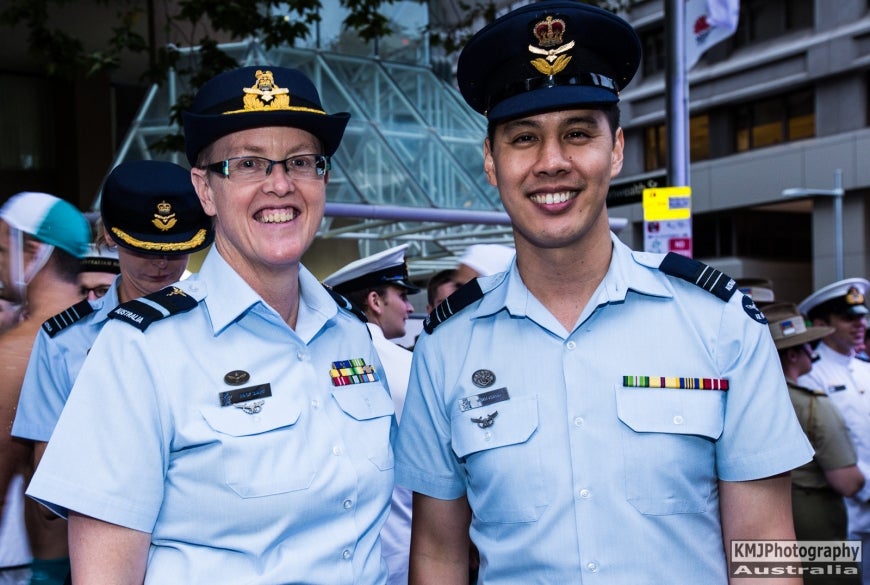 “Tonight, we celebrate 25 years of open service for lesbian, gay and bisexual personnel in the Australian Defence Force,” the Commissioner said in his address to the Pride Military Ball in Sydney on 23 September.

“Some of the qualities that unite members of the ADF are a love of this country and its values; a commitment to something bigger than yourself; and a capacity to know and understand fear, but not to be diminished by it.

“Those are precisely the qualities exemplified by those who, over the last quarter century, have pushed to remove discriminatory restrictions from our military.

“Standing here among friends, it’s easy to forget that long before the ban on open service was formally put in place, many members of the ADF were treated very badly because of their sexual orientation. This treatment often took the form of administrative or medical discharge or various forms of harassment.

“But equally corrosive was a culture of silence. This extended to one of the most sacred dates in the Australian calendar.

“On Anzac Day in 1982, five members of the Gay Ex-Services Association – a precursor to the Defence LGBTI Information Service – arrived at the Shrine of Remembrance in Melbourne to lay a wreath commemorating the fallen. They were stopped from entering the shrine by the RSL state president. After a brief altercation, they were led away by police.”

Commissioner Santow acknowledged junior Naval officer Anita Van Der Meer, who in 1990 challenged the ban against LGBTI serving openly in the ADF after one of her peers reported her for being in a same-sex relationship and the Navy threatened her with dismissal.

It took another two years for the issue to resolve and the ban to be lifted.

“As we mark the silver anniversary of this milestone, we can see the lengths Defence has gone to in order to be an employer of choice for LGBTI people, and to be an organisation that respects and supports inclusion more broadly,” the Commissioner said.

“However, progress is not always linear – and it doesn’t always occur at the speed we’d like.

“Tonight we celebrate a particular moment in Australia’s military history. But, we also reaffirm our commitment to promote inclusiveness within the ADF.

“It is worth remembering that – for all the political furore – the transition to open service in Australia was largely uneventful. There were no significant increases in harassment and unit cohesion reportedly improved when gay and lesbian personnel were able to serve openly.

“While pockets of resistance remain in the ADF, a number of personnel now recognise diversity as ‘business as usual’.

“We all want the best and most talented Australians to be able to serve in our armed forces and for Defence personnel to reach their full potential.

“Embracing diversity will not only allow the ADF more effectively to meet the challenges of modern warfare, but will also allow it to live up to the expectations of the communities they defend – and the principles of equality and fairness that we as a country have always been guided by.”