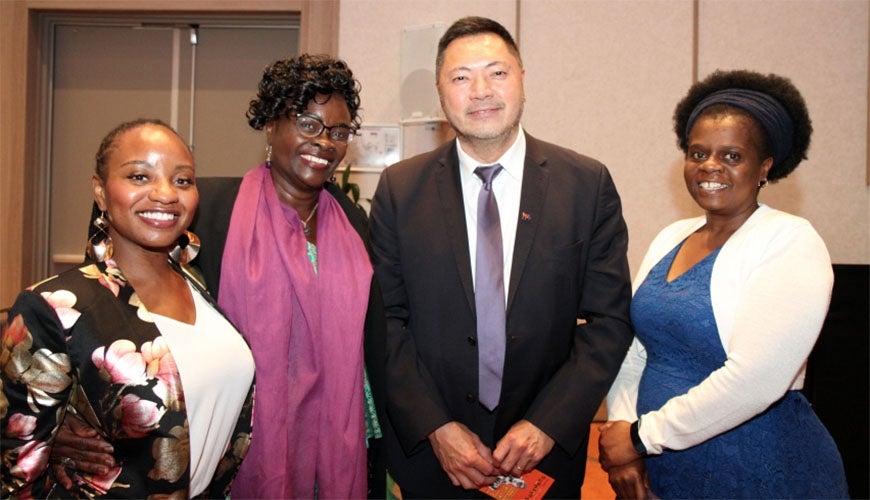 The event celebrated African Australian women’s successes, including many speakers who have achieved highly in areas such as academia, health care, the arts, and community organisation.

However, the difficulties they had overcome to reach their success were not ignored.

“The intersection of the three needs recognition because it amplifies Australian migrant and refugee women’s challenges when it comes to gender and race equality.”

Commissioner Tan also highlighted the importance of breaking down these barriers for young African Australian women.

It’s important for young - particularly young - African Australian women to have the confidence that they are part of this community. The question obviously is one of social inclusion and identity, but it calls for very urgent consideration in our times #BalanceforBetter pic.twitter.com/mf5E3imrdX

Hawanatu Bangura, a young Afro-Australian social worker, writer, producer and director, spoke about her short documentary I am Black & Beautiful, which seeks to break down some of these barriers.

She was inspired to make the film as “an affirmation for black women,” countering some of the negative stereotypes they often encounter in the media.

“I wanted black women to watch it and embrace their black identity rather than feeling insecure about it,” Ms Bangura said.

The pageant seeks to celebrate the diversity of African Australian women, and Yuol said it focuses on the women as a whole, not just their appearance.

Bangura and Yuol’s celebration of African Australian women not only contributes to breaking down barriers to participation, but also highlights positive role models in the community, a powerful counter against negative media narratives.