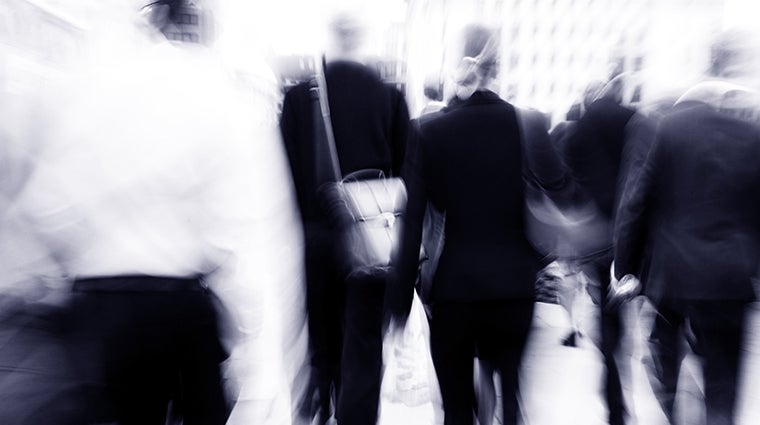 This article by Commission President Emeritus Professor Rosalind Croucher was published in the Australian July 4, 2018

I recently provided a report to the Attorney-General about a man who claimed that he had been refused a job because of his criminal record.

The criminal record was very serious.  Ten years ago, he had been convicted of accessing and possessing child pornography.  The law and the community appropriately respond to such offences with abhorrence and denunciation.  In this case, the man was tried by a court, was found guilty, was given a suspended sentence of 12 months imprisonment and was required to pay a total of $11,000 in fines.

People who engage in this kind of serious offending should expect to face the punishment provided for by law.  This is a key purpose of the criminal justice system.

After committing certain offences, there will be some jobs that you can never do.  For example, every jurisdiction in Australia provides that people who work with children must undergo either a police check or a working with children check.  In general, convictions for child sex offences will result in automatic disqualification.  These restrictions are appropriate and necessary in order to protect our children.  As a mother and a grandmother, the protection of children is fundamental.

However, committing a criminal offence, even a very serious offence, does not mean that you are prohibited from ever working again.  For almost 30 years, Australian law has said that people should not be discriminated against in employment because of their criminal record, if the criminal record does not prevent them from carrying out the ‘inherent requirements’ of the job. In this case, there were a range of relevant factors, set out in full in my reasons, available on the Commission’s website. Significantly, this was a work from home insurance position, involving no contact with children.

The complainant did not fully disclose his criminal record in the initial online application.  This clearly raised issues of trustworthiness.  However, he disclosed his criminal record in advance of an interview for the job and prior to receiving a conditional offer of employment.  He also provided consent to a criminal history check being carried out.

If someone can work, and wants to work, they should be allowed to work in jobs for which they are suited.  Access to work not only enables previous offenders to rehabilitate, it allows them to make a positive contribution to society.  The alternative is to make former offenders wholly reliant on welfare.

The law requires the Commission to conduct an inquiry if we receive a complaint of criminal record discrimination.  We then look at the nature of the offence, including its seriousness and how long ago it occurred.  We will consider the circumstances of the offender, including how old they were when the offence occurred, whether they have committed any similar offences, whether they have shown remorse and whether they have taken any active steps to rehabilitate.  In particular, we must consider the nature of the job and whether the criminal record would prevent the person from carrying out its requirements.

Every employer has the right to employ someone of their own choosing, based on the person’s suitability for a job.

The Commission regularly finds that employers are within their rights to refuse a job to a person because the person’s criminal record means that they are unsuitable.  For example, a person with convictions for violence may reasonably be refused a job as an unsupervised aged care support worker.  A person with convictions for fraud may reasonably be refused a job where they are responsible for financial transactions or handling cash.  In each case, all of the circumstances need to be taken into account—and each matter is considered individually.

However, there are also cases where a person’s criminal record would not prevent them from fulfilling the inherent requirements of a role.  A shoplifting conviction is unlikely to mean that a person is unable to do a data entry job.

In some cases, the parties to a complaint to the Commission are able to agree on an outcome.  Some employers are unaware of the requirement not to discriminate on the basis of a criminal record that is unrelated to the job requirements and change the way that they approach recruitment as a result of participating in an inquiry.

The few cases that result in a report to the Attorney tend to be very difficult cases that have substance, but cannot be successfully resolved.

I think that most Australians would agree that a person who has been convicted of an offence should have the opportunity to reintegrate into society, once they have paid the penalty or done their time.  Allowing former offenders equal access to work not only helps this reintegration, but benefits society as a whole.  This doesn’t mean that employers are forced to employ people, but when they recruit they must treat people fairly.

Just as we prohibit discrimination in employment against women, against older people, and against people with disabilities, Australia has rightly said that it is wrong to discriminate against someone on the basis of their criminal record when it is not relevant to the job.