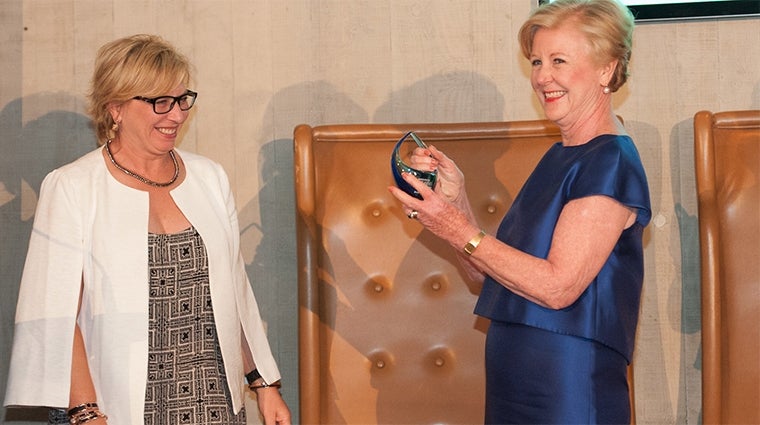 The President of the Australian Human Rights Commission, Professor Gillian Triggs, has been named the Daily Life 2015 Woman of the Year.

The award, now in its fourth year, celebrates women who have gone above and beyond to inspire, influence or effect change in the past 12 months.

This year's judges said Professor Trigg's unwavering strength and commitment to protect the rights of asylum seekers and refugees was inspiring, despite the challenges it posed to her professionally and personally.

Daily Life Editor Candice Chung says: “It is an honour to recognise and thank Professor Gillian Triggs for displaying such extraordinary courage in the fight against human rights abuses in detention centres.”

“Professor Triggs has stood up for  the most vulnerable members of our society and has done so with grace, leadership and dignity. Her courage in the face of strident personal and political attacks has struck a chord with many readers. ”

Professor Triggs said she was honoured to have received the prestigious award.

"I accept this award on behalf of all of the remarkable women here tonight who all have made significant contributions to Australia, as well as those who desperately need compassion, dignity and respect," said Professor Triggs.

"It is also with pride that I represent my colleagues at the Australian Human Rights Commission. Their dedication and commitment to human rights is truly inspiring.”