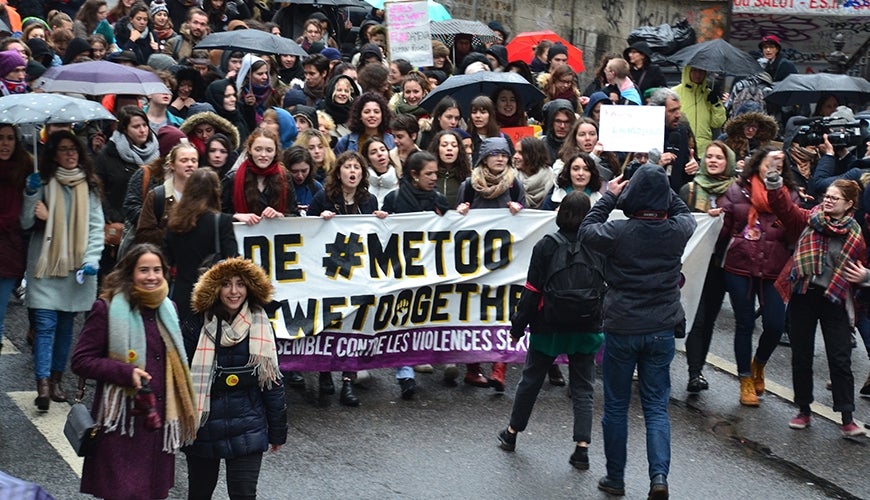 Sex Discrimination Commissioner Kate Jenkins has announced the MeToo Movement as the winner of the 2019 Sydney Peace Prize.

Ms Jenkins said the global movement, which has had local and international impact in its call to action on sexual assault and sexual harassment, was an incredibly deserving winner of the Peace Prize.

The calling of the world-first National Inquiry into Sexual Harassment in Australian workplaces, currently underway at the Australian Human Rights Commission is just one of the many initiatives prompted by MeToo.

“In my role as Sex Discrimination Commissioner, I am acutely aware of the statistics and stories of violence against women, at home, at work, on the streets and online,” Ms Jenkins said.

“The MeToo Movement has been critical for our whole community to hear those stories and better understand the scale and impact of violence against women.

“The peaceful act of sharing stories of abuse and harassment and showing empathy for others who have experience this conduct, has created a monumental shift in action, moving mindsets from doubting the problem to focusing efforts on eliminating it.”

The Sydney Peace Prize will be formally accepted by Tarana Burke, the founder of the movement, and Tracey Spicer, journalist and advocate for addressing sexual harassment in Australia, in a ceremony at Sydney’s Town Hall in November.

“Recognising the importance of the MeToo Movement through this Prize will contribute to the continued momentum toward change,” Ms Jenkins said.

More detail about the National Inquiry is available here.