The Nepal earthquake and human trafficking 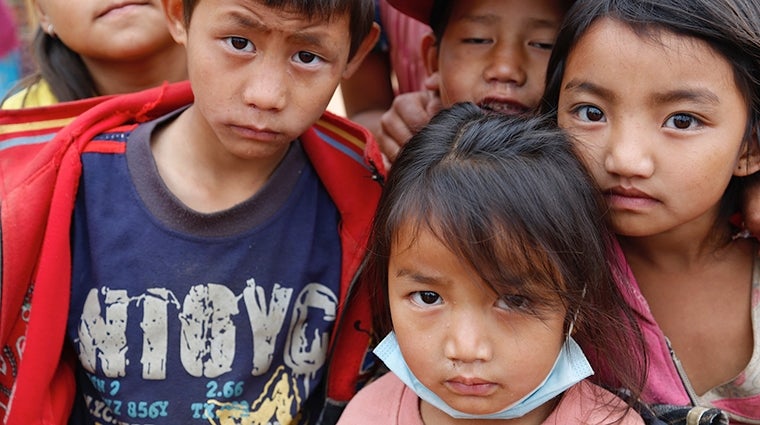 Just over a year ago Nepal suffered a devastating earthquake.

As well as huge loss of life, the quake brought with it additional problems like child traffickers targeting vulnerable children.

Nepal’s Human Rights Commission got involved immediately after the quake.

They wanted to make sure that everybody was getting the help they needed, particularly vulnerable groups like women and children.

The Commission was conscious that after such a disaster people are targeted for abuse.

In the aftermath of the quake, child traffickers tried to abduct children who had lost their parents in the quake.

The traffickers – often from overseas – came to Nepal to sell children into child labour, forced marriage and sexual slavery.

The Guardian reported last year that police in India “… have uncovered a human trafficking network that has sent hundreds of young women from earthquake-hit areas of Nepal to the Gulf, where they were forced into manual labour and sex work”.

The poorest people in Nepal were also targeted by organ traffickers who offered quick cash for people willing to sell their kidneys.

Nepal’s Human Rights Commission set up mobile camps across the country where they talked to people about their problems and immediate needs.

It was a model that had never been tried before, but it proved incredibly successful.

Commission volunteers were able to help 1400 families get financial assistance by intervening with government officials on their behalf.

They also rescued 168 children who had been targeted by traffickers.

One year later, the relief and reconstruction process is painfully slow.

The Government in Nepal has been criticized for being too slow to help those affected.

Human rights workers in Nepal are continuing to lobby for the Government to do more to help hundreds of thousands of people whose lives have been shattered by the quake.

This article is based on a presentation by Madhab Regmi and Commissioner Prakash Osti from the Human Rights Commission of Nepal to the recent Asia Pacific Forum Workshop in Kathmandu.