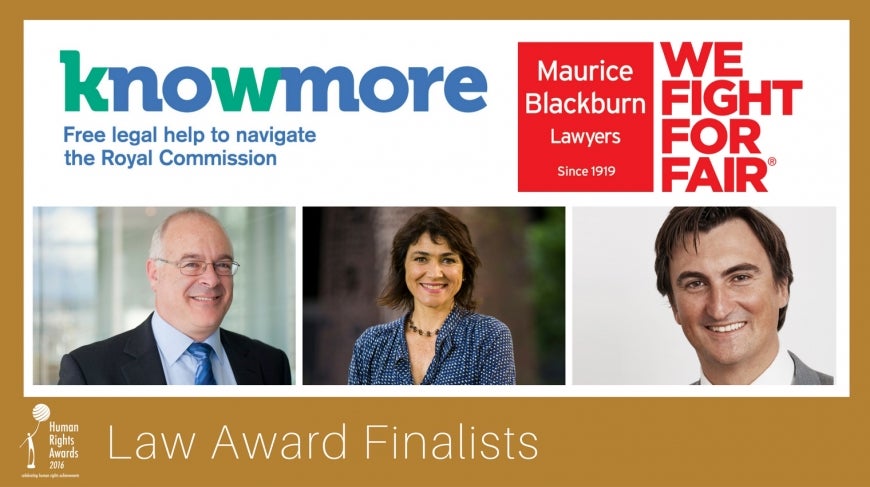 Legal professionals who have represented some of the most vulnerable members of our community have been recognised as finalists in the 2016 Human Rights Awards.

Sponsored by the Law Council of Australia, the prestigious Law Award is presented annually to an individual or organisation with a track record in promoting and advancing human rights in Australia through the practice of law. It is one of eight awards that will be presented at the 30th annual Human Rights Awards on Friday 9 December.

“The Law Award shines a light on the efforts of lawyers and organisations who are committed to assisting some of the most disadvantaged members of our community as they navigate the legal system,” said Australian Human Rights Commission President Professor Gillian Triggs.

“This year’s finalists have each shown exceptional leadership within the legal profession, not only through their pro bono work, but also by advocating for social justice and human rights issues. Through their work they embody one of the highest principles in the legal profession: that justice should not be denied to people because of their means.”

The Human Rights Awards will be held on Friday 9 December from 12 to 3pm at the Westin Sydney.

For more information or to reserve a ticket visit: https://hrawards.humanrights.gov.au/tickets.